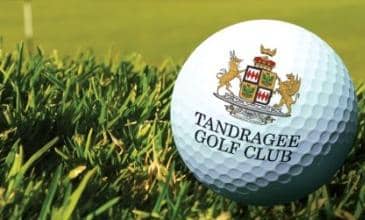 A bid to improve access to a Co Armagh golf club has been turned down.

Tandragee Golf Club have applied for planning approval to change the structure of the Gate Lodge at the entrance on the Markethill Road.

But Planning Service has judged the improvements would not be for the best and would take away from the Listed Building.

The application, which was submitted only a number of months ago, had been to improve access to the Tandragee club, one of three golf clubs within the Armagh City and District Council area.

DoE Planners will return a decision to ‘refuse’ the project when it meets with Armagh Council next Monday night, January 5.

In doing so, Planning Service has ruled that the changes would “detract from its appearance, character and setting and result in a loss of its architectural integrity”.

It deems the proposals would “cause damage to features of special architectural interest”.

The applicant – Tandragee Golf Club – will, as is normal procedure, have the right to appeal against the decision.