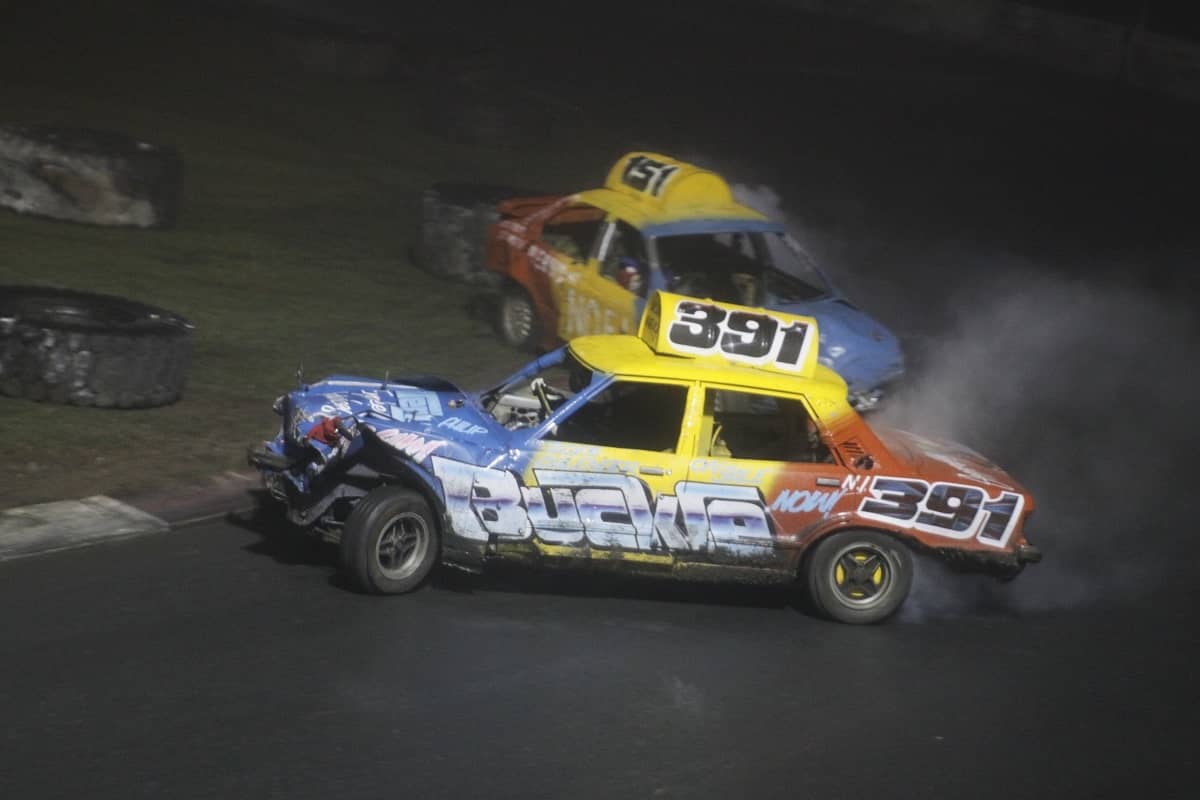 The first of Tullyroan Oval’s ‘Winter Warmer’ meetings takes place on Sunday November 24th, when a posse of Scottish challengers will arrive in town to contest the National Bangers Tullyroan Challenge Cup.

The meeting is for rear wheel drive cars only, and will feature seldom used Banger material like Cortina’s and Capri’s. There promises to be some real ‘tail out’ drifting, amongst the usual carnage of course! National Banger racing is not for the feint hearted, with spectacular crashes galore and of course the day finishes off with the crowd pleasing Destruction Derby, where the last car moving wins!

James ‘Mr Grumpy’ Dillon is a legendary name in the world of Banger racing, and he is making his Tullyroan debut in pursuit of the Challenge Cup crown. Joining him on the trip will be Peter McVay, Ryan Scott, Brian Youngston and regular visitor Neil Naismith. Local honour will be upheld by Jonny Murdock, whilst Dublin supremo Stevo McGrath is always sure to entertain the fans.

Also in action will be the high speed 2.0 Hot Rods, also racing for their Tullyroan Challenge Cup. Expect World and British Champion Shane Murray to star, alongside National and Irish Champ Adam Hylands from Portadown.

The young 6-11 year old Ninja Kart pilots will enjoy another outing at Tullyroan, and as well as their usual races there will be a special event for all those who haven’t quite managed a race win so far in 2013, sponsored by Midway Autopoint and Hollytree Farm. Completing the race card will be the Superstox and ProStocks.

The first race in the Bevan Motorsport and Stirling Trophies backed event leaves the grid at 2pm.