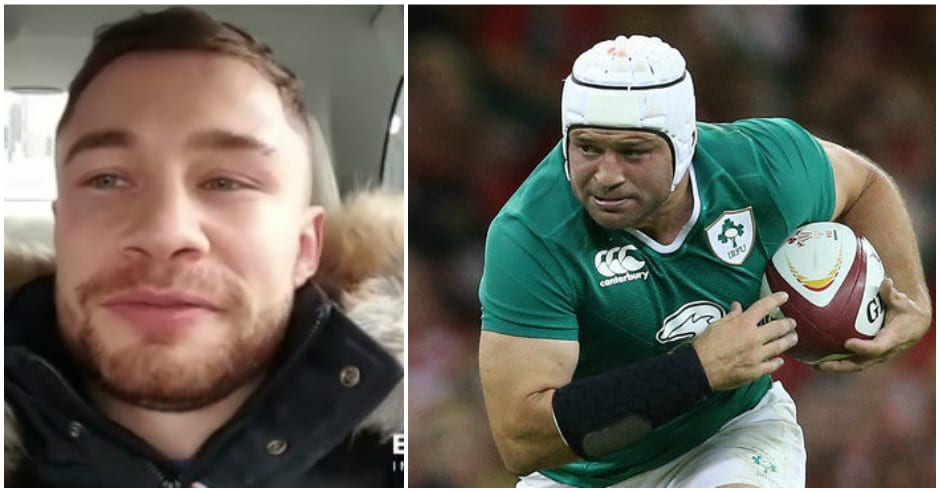 He’s a legend in his own lifetime.

Co Armagh man Rory Best captained Ireland to the historic win against the All Blacks recently.

It was the latest in a long line of memorable moments for the Poyntzpass ace.

But Saturday will be the proverbial feather in his cap.

Best will become only the fifth Ireland player ever to reach 100 caps, following in the footsteps of Ronan O’Gara, Paul O’Connell, Brian O’Driscoll and John Hayes.

But he hopes to become the first Ireland captain ever to lead the team to victory against the southern hemisphere’s ‘big three’ in the same calendar year.

Rory and the boys have already beaten New Zealand in Chicago and South Africa in Cape Town.

Now they will run out against Australia at the Aviva Stadium and the Ireland faithful will be on the edge of their seats, cheering all the way.

Celebrity friends, fans and fellow sports stars have been lining up to offer their congratulations, among them Rory McIlroy, Niall Horan, Steve Davis and Carl Frampton.

“An absolutely incredible captain,” he has been dubbed and who can argue with that?

Congratulations Rory Best – a remarkable achievement from a phenomenal sportsman! County Armagh’s proud to call you our own!

Saturday’s fixture gets underway at 5pm.