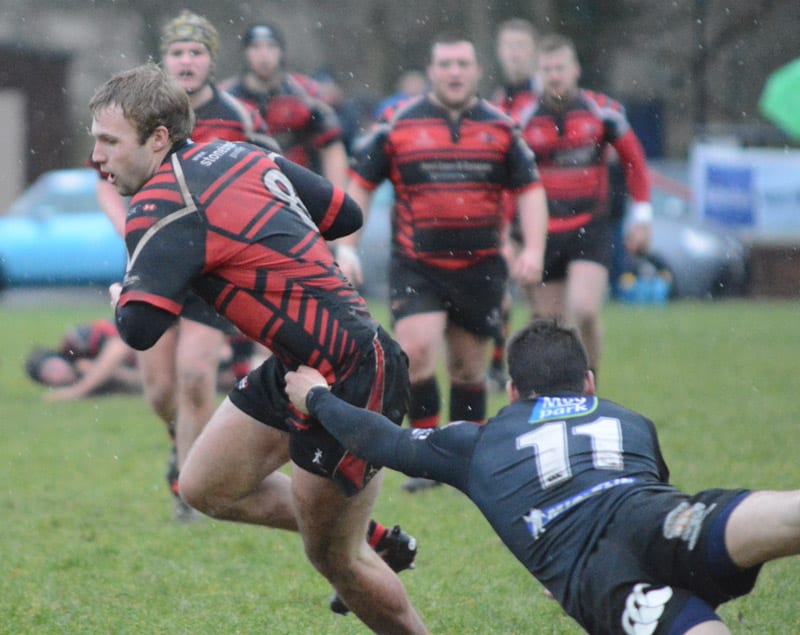 Armagh seconds beat their counterparts from Ballymena 10-5 at the Palace grounds on Saturday.

In what was a keenly contested game, Armagh edged the result due to their better discipline and sound defence.

With Ballymena on the attack from the outset, it took Armagh some time to get into the game. Errors were commonplace with some poor handling a result of the freezing conditions.

There were few clear cut scoring chances in the first half and with both teams cancelling each other out, the score remained 0 – 0 at half time.

After some prompting from coach David Eakin during the team talk, Armagh started to look for territorial advantage and as a result Andrew Magowan converted a good penalty to push the locals ahead 3-0.

Andrew Knipe playing out of position at 9 was making a return to the game after injury was able to provide quick ball to his backline.

James Hanna and Gareth McNeice were having storming games and it was from a Hanna break round the corner from a ruck which set Robbie Faloon on a 40m metre run to the line. After cutting inside to beat the Ballymena fullback, he touched down at the posts for a superb try which Magowan converted, 10-0 to Armagh.

The home support were confident that the seconds would push on to increase their lead as Ballymena had lost a front row forward to injury.

This resulted in the scrums becoming uncontested. Ballymena to their credit upped the tempo and got onto the scoreboard with an unconverted try after sustained pressure in the Armagh 22, 10-5 to Armagh.

Armagh did live dangerously at times in their own 22 but were able to see the game out with a final score 10-5 to Armagh.