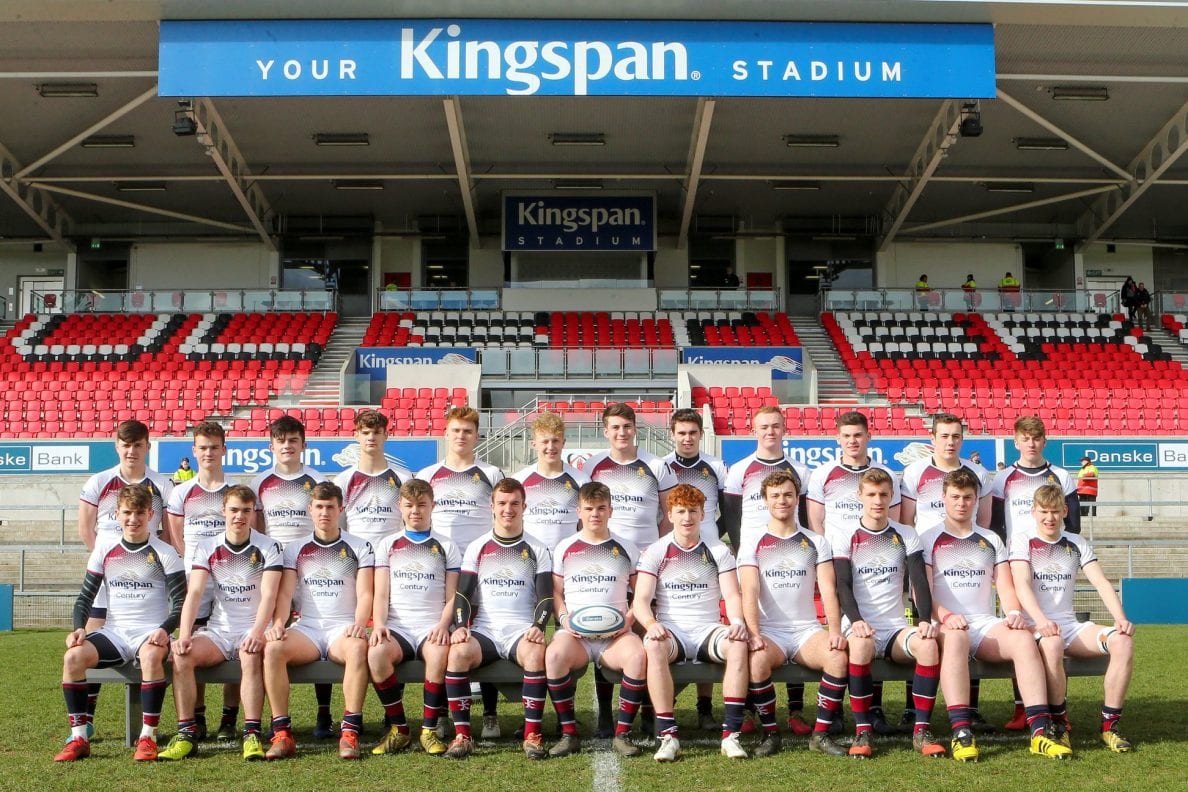 The game started at a frantic pace with Armagh dominating much of the territory and possession but were unable to convert that on the scoreboard.

Zak Thompson had Armagh’s first opportunity with a penalty on 19 minutes but his kick from the right dragged off wide.

Campbell started to exert their dominance in the scrum and missed a great opportunity to take their first score but an misfired line-out relieved Armagh of that pressure five yards from the end line.

And when it looked like this was going to be a scoreless first half, Campbell drew first blood with Dara Gaskin touching down.

Repeated drives at the line from the forwards were repelled by the Armagh defence but scrum-half Gaskin saw his opportunity and powered through a gap and several desperate lunges to give his side a valuable half-time lead. The resulting conversion whacked the upright.

At half-time, it was Campbell 5 Armagh 0.

Armagh needed a bright start to the second half and that’s exactly what they got. Winning the restart before Matthew Reaney breaks through the Campbell defence all the way to the five metre line. Campbell conceded the penalty and Armagh opted to take the points with Zak Thompson tipping over from close range.

Twelve minutes into the second and Armagh should have had a try, coming within yards of the line, but Campbell managed a valuable turnover to relive the pressure.

But out of nothing came the hammer blow for Armagh as an attempted kick was charged down by Campbell’s Jamie MaCartney and Conor Rankin kicked forward, chasing the ball down and thanks to a rather fortuitous bounce of the ball, landed nicely at his midrift before he pounded over for his side’s second try of the afternoon.

Rankin converted the subsequent conversion to give his side a valuable nine point lead.

Armagh’s Mathew Reaney, who was causing issues for Campbell all afternoon burst through the line once more, surging onto the 22′. Campbell attempt to disrupt the momentum and the referee deemed it illegal, opting to give The Royal a penalty.

Again, opting for the kick, Thompson, from close range, made to mistake to leave Armagh requiring a converted try with 16 minutes on the clock.

However, Campbell killed off the Armagh challenge with five minutes to go.

Will Davis, from a standing start, sliced through the Armagh defence, before crashing over the line. The maul was stopped short by Armagh flanker Aaron Woods but the less-than-perfect ball out to Davis was controlled brilliantly before his little bit of magic ended this final as a contest.

Conor Rankin made sure with his conversion.

There was some late drama as substitute Alex Johnston scored a truly magnificent solo effort for Armagh as the clock edged over the allotted 70. Thompson added the conversion but that was that for Willie Faloon’s side.

Armagh’s 14-year wait will extend into a fifteenth year as Campbell celebrate their 24th title and a first since 2011.