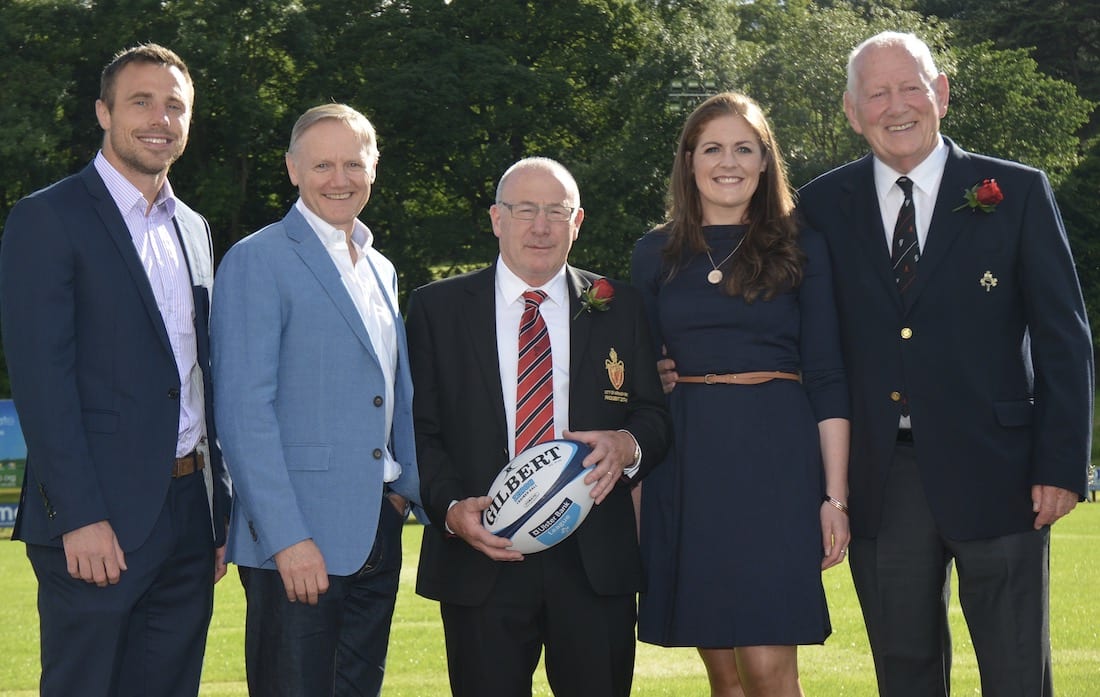 City of Armagh Rugby Club launched their major development fund-raising appeal on Thursday evening when Ireland coach Joe Schmidt travelled to the club to speak at a corporate dinner.

The large-scale event took place in a giant marquee in the club carpark and 380 members and guests from the local business community were in attendance.

The guest list included ABC Council Lord Mayor Gareth Wilson and Deputy Mayor, Sam Nicholson and representatives from a wide spectrum of sporting clubs, both locally and from further afield.

MC for the evening, Adrian Logan introduced the first speaker of the evening and Joe Schmidt proved an instant hit, leaving the audience enthralled by his portrayal of his coaching role at the IRFU, his career development and the demands facing professional rugby players in particular.

The Irish Coach was then joined on stage by Armagh Club President, John Lennon and a cheque was presented to the McCarragher Family for their Air Ambulance appeal.

Following a superb dinner prepared by caterers, The Yellow Door, guests were then treated to a question and answer session with sports stars Tommy Bowe and Fiona Coghlan from the world of rugby, and Kerry GAA Star, Darragh O Sé.

Adrian Logan kept the panel on their toes with his entertaining style of questioning, revealing many interesting insights from the three stars.

All four guests at the event were presented with a hamper of local Armagh produce to mark their visit to the Palace Grounds and the evening was rounded off with an auction of sporting memorabilia.

Club President, John Lennon, commented: “Our first ever corporate dinner was a major success and sets our club development appeal off on a sound footing.

“I want to thank the organising committee who put in a tremendous amount of work in the lead up to the event
to make it run so smoothly on the night.

“Our Golf Day on August 4 will continue the club’s fundraising efforts as the new season approaches”.