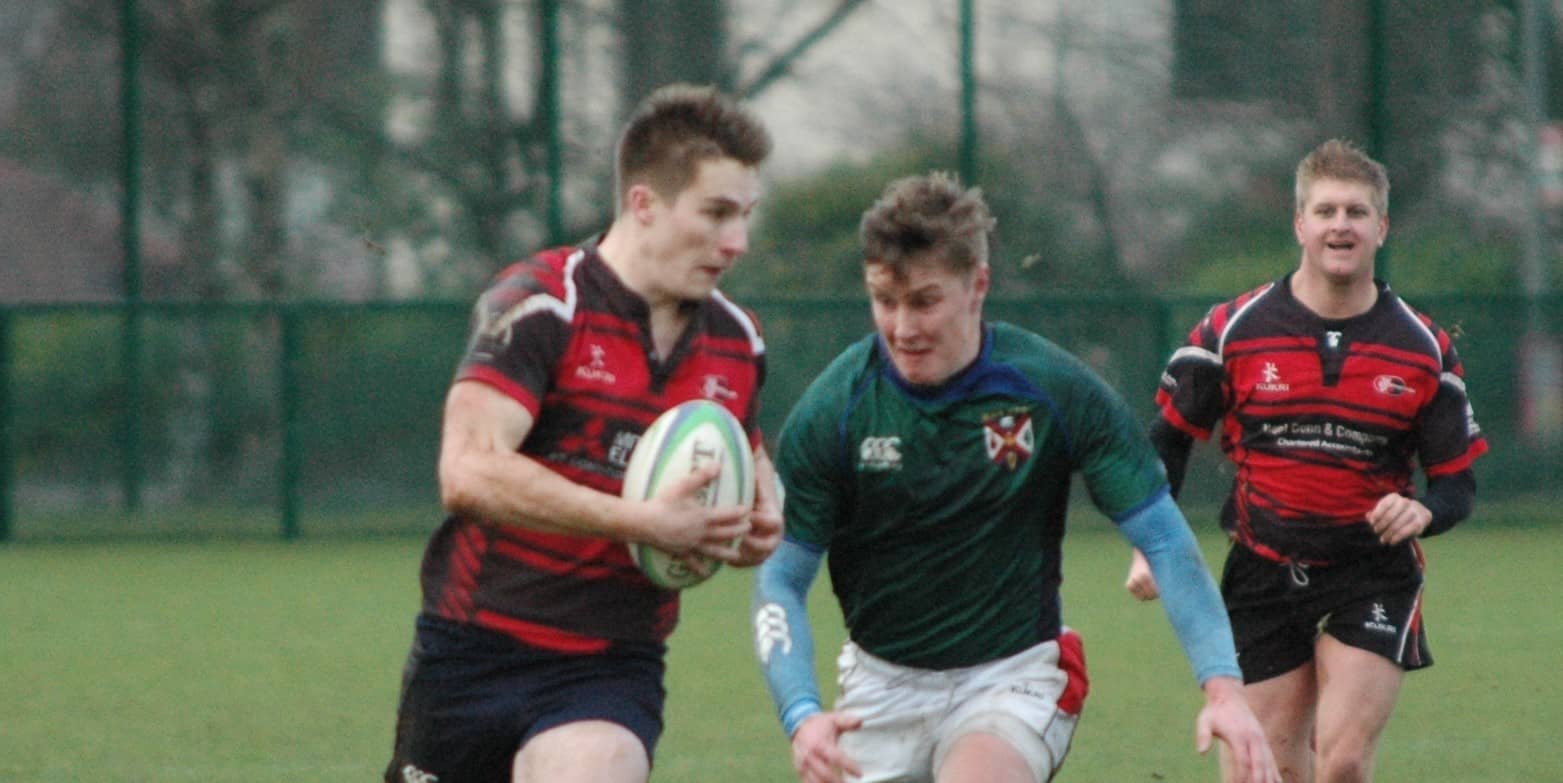 Apart from the biting cold cross-pitch wind the resplendent new facilities at Queens University were perfect for open fast rugby on Saturday past.

Coach, Andrew Hughes, had selected a side which featured two Magowan brothers and no less than five Mortons. Realistically it was an Armagh side which saw some young, unfamiliar faces take the field.

Both sides played an entertaining and open style of game. The University side scoring a try in the left corner in the first ten minutes of play. Armagh replied with a signature prop-forward, Fletcher, try from the base of a ruck. Armagh’s Daryl Morton played the last quarter in the No. 8 spot

Apart from these tries the remainder of the points came from conversions and penalties from opposing out-half’s kicks.

With the score-board set at 13-13 for the last quarter of the game it seemed that a hard fought draw was to be the result. However, Armagh were penalized just inside their half four minutes from time. After some unauthorised remarks, however, the referee awarded the home side a further ten metres advantage. This brought the kick inside the range of the Queen’s kicker who obliged with the winning three points.

All in all Armagh were more than able to hold their own against the Queens side right up to this point of the game. It has to be said to do so on the student’s home patch was no mean feat especially after the Queens side proved their merit by winning the Ulster Senior Cup just three weeks previously. However, to see such an evenly balanced game go astray in the dying minutes due to lack of discipline was a hard pill to swallow!

Next fixture is also in Belfast when Armagh travel to Shaw’s Bridge to play Instonians in the All Ireland League on 11th January. This game will be worth watching as Armagh grasped the result from Instonians literally in the last kick of the game when they met on the Palace Grounds on 14th December past!