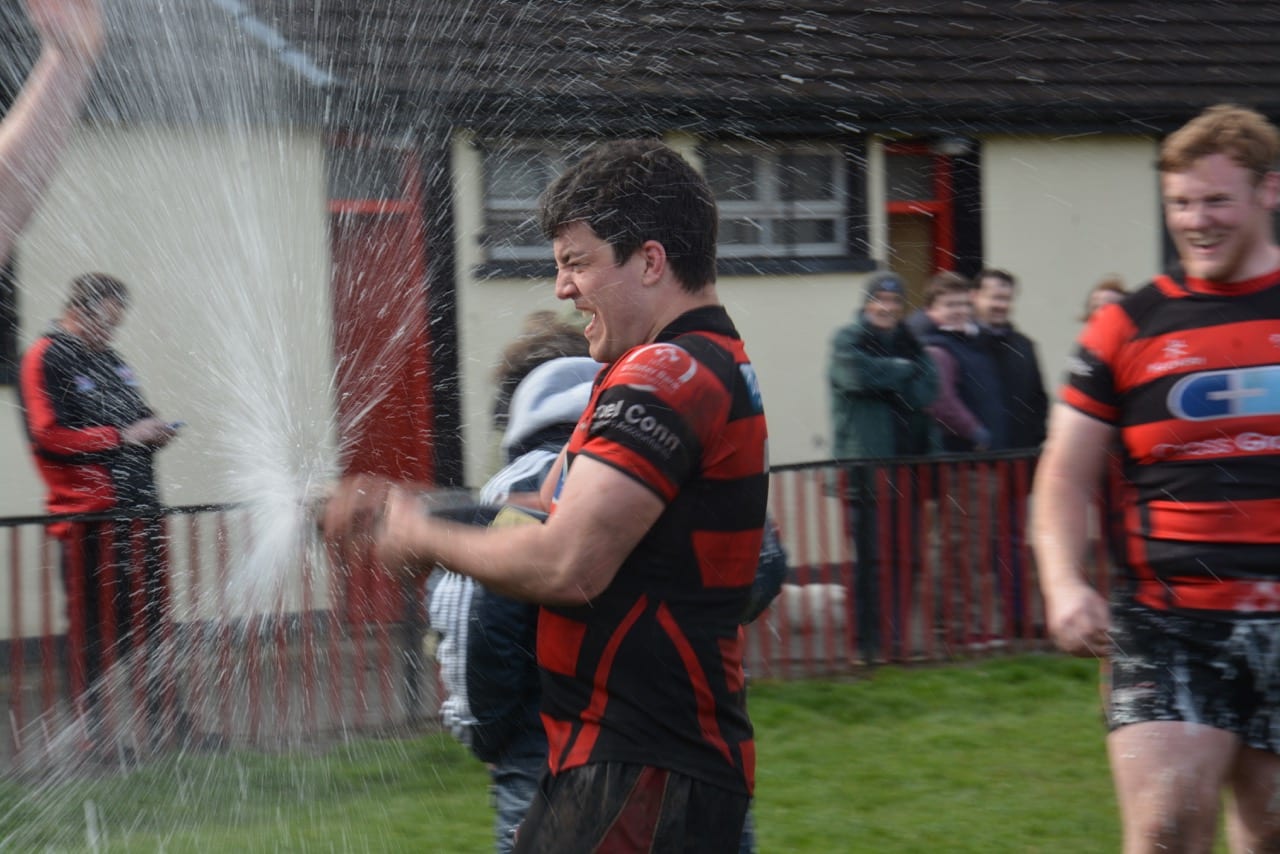 All the players,supporters and fans of the Armagh rugby side knew that they had under performed in those crucial Ulster Bank All-Ireland League games earlier in the 2014-15 season.

They had appeared to fail to ‘turn up’ against Wanderers. They let poorest sides such as Bruff and Sundays Well bully them out of what should have been simple wins at the Palace Grounds.

Granted Highfield did look to be the only side in the league who really deserved to beat Armagh but realistically only just deserved their win!!

With this in mind the trip to County Offaly demanded a tip-top performance if Armagh were to avoid floundering for yet another season in the re-jigged bottom league structure. The established rugby pundits in the press had effectively ‘written off’ Armagh stating that they could not achieve promotion! Even the revered IRFU backed Tullamore to take the home win.

Indeed Tullamore did have a 100% home record so the cards were definitely on the table for Andrew Hughes’s side. There is nothing to inspire the Armagh side than to be rated as the underdog!

All week there was a confidence on the training pitch which spelt out that no team was again going to bully Armagh this season!

As the teams took the field prior to kick-off the confidence was even more evident. Within two minutes play Armagh’s centre, John Faloon, had scored a brilliant try under the Tullamore posts.

To add to the home sides’s worries Harry Boyd’s conversion against the stiff wind was on target 0-7 game on! Armagh continued their confident start by complete domination of the first half scrums, line-outs, and most of the open play.

This was again illustrated as Neill Faloon forced his way across the Tullamore line just left of the posts. Again the Boyd conversion was on target to put Armagh 0-14 ahead.

For the remainder of the first half Armagh never let Tullamore settle continually turning the home side over and depriving them of any advantage due to the stiff breeze at their backs.

Shortly after the restart Armagh put paid to any hopes of a Tullamore victory when following a poorly fielded high ball Seamus Mallon kicked ahead and touched down just left of the home posts.

Yet again, Man Of the Match, harry Boyd converted to put the score to 0-21 and the game out of the reach of Tullamore! Several yellow cards were shown to both sides, indeed, Armagh were reduced to thirteen men at one stage! but even this numerical advantage failed to result in any Tullamore points!

One rolling maul did come to within five metres of the armagh line but James Morton turned the ball over and cleared the only real threat shown by Tullamore all game!

As the final whistle blew it became evident that Armagh had secured fourth league position and had deprived Tullamore of a spot in the new 2B league! the buzz around both sets of supporters, however, questioned just how an unbeaten Highfield side had suddenly lost form to be beaten in Cork by neighbouring Sundays Well.

That forgotten news filtered through that Greystones had fallen foul of Sligo in a narrow 7-3 battle in Strandhill. This rendered Armagh not fourth but now elevated into second spot.

With this result the large band of both home and visiting supporters retired to the clubhouse. It then became evident that all the visiting supporters and players were invited to a unique exhibition of Tullamore rugby hospitality. Never have any Armagh supporters experienced a welcome nor such daft rugby bar exuberance! It really was a brilliant & fitting end to a great rugby occasion.

Every supporter to an individual will look forward to entertaining that warm atmosphere in the Palace Grounds when Tullamore travel north in future seasons!