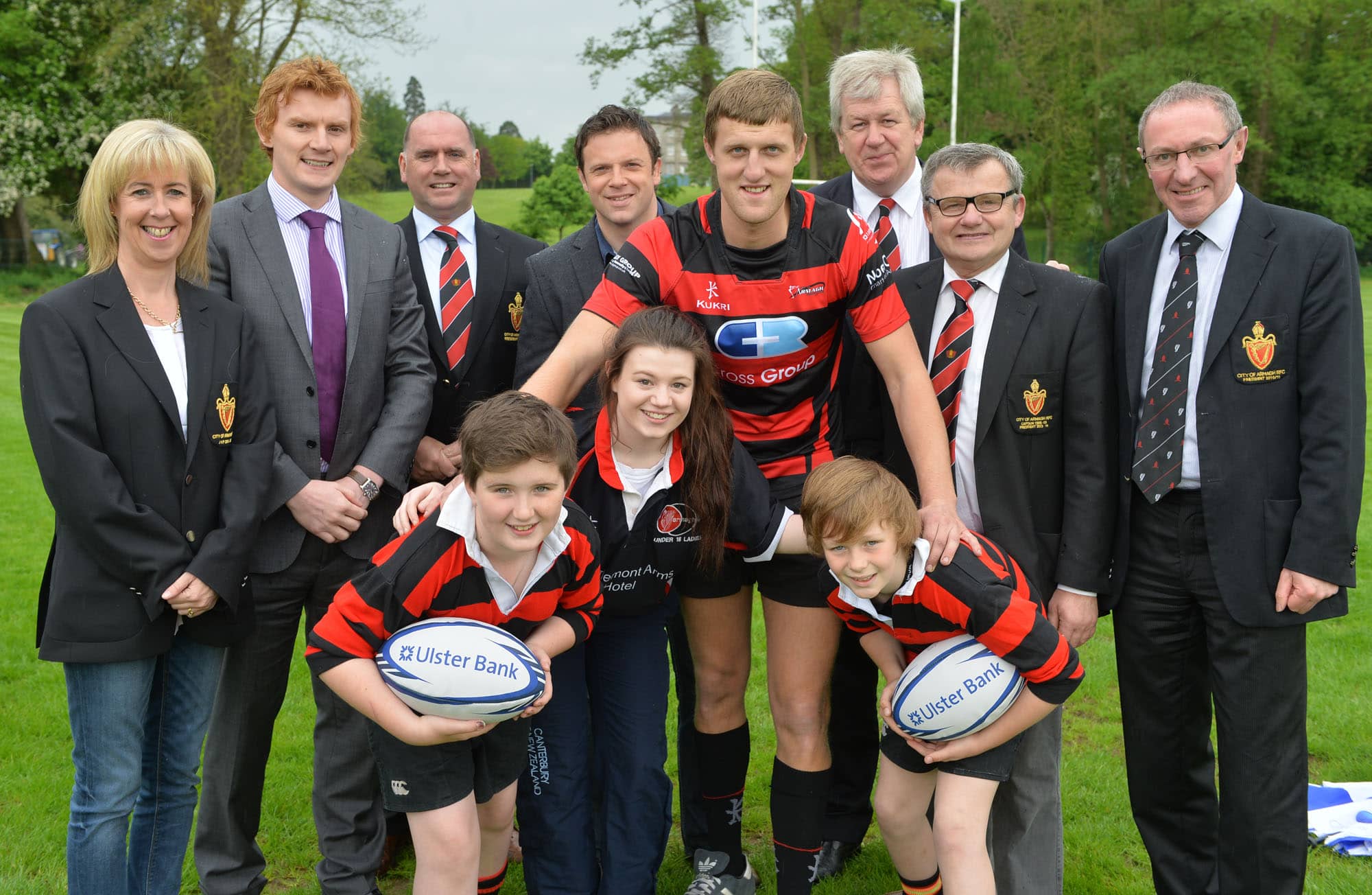 Ulster Bank RugbyForce, an initiative which provides rugby clubs with the opportunity to win support packages to renovate clubs and upgrade facilities, has announced City of Armagh RFC as winner of a RugbyForce funding package worth £5,000.

Armagh is one of four winners, one selected from each province. The others are Portarlington RFC (Leinster) Gort RFC (Connacht) and Skibbereen (Munster). The overall award of £10,000 went to Galway based club, An Ghaeltacht RFC.

Now in its fourth year, Ulster Bank RugbyForce received over 135 entries from rugby clubs across the island of Ireland.  In addition to cash funding , the programme encourages clubs to involve the local community as well as players and club members to join together to spruce up local clubhouses and grounds.

Since its inception in 2010, Ulster Bank RugbyForce has provided in excess of £80,000 in funding to over 165 clubs. This year all clubs who entered will receive merchandise for their clubs to the value of £100. Previous Ulster winners have include Ballymoney, Donaghadee and Newry rugby clubs.

“We plan to incorporate a list of ‘make-over’ activities into a special RugbyForce family fun day in June to ultimately ensure our club and facilities offer a place for the entire community to enjoy. Winning this funding package will enable the club to implement a range of improvement plans and without the Bank’s help we simply wouldn’t be able to move forward and upgrade our club.

“There is an excellent family ethos in the club and we have established close links with local schools, colleges and other sporting clubs and organisations.  Winning RugbyForcewill allow us to develop those relationships and build on our ever expanding mini and junior sections as well as our four senior men’s teams and the ladies squad.”

Based at Palace Grounds close to Armagh’s historic centre, City of Armagh RFC is one of the oldest clubs in Ireland (1875) and received the accolade of being Ulster Rugby Club of the Year in 2010/2011. With the help of Ulster Bank RugbyForce  the management committee plan to repaint club changing rooms, carry out essential grounds maintenance and complete an in depth ‘tidy-up’ inside the club house. The club also plans to renovate old changing rooms to provide more space for their ‘Club Minis’ section which continues to increase in membership. We’re all  looking forward to a fantastic ‘Rugbyforce’ day on Saturday 31st May!”

“The number and quality of entries for Ulster Bank RugbyForce continue to grow year on year and 2014 was no exception.  RugbyForce is very much at the heart of club rugby helping local clubs throughout the island of Ireland to improve their grounds and facilities which in turn assists Clubs with vital all year round fund-raising and other community events.”