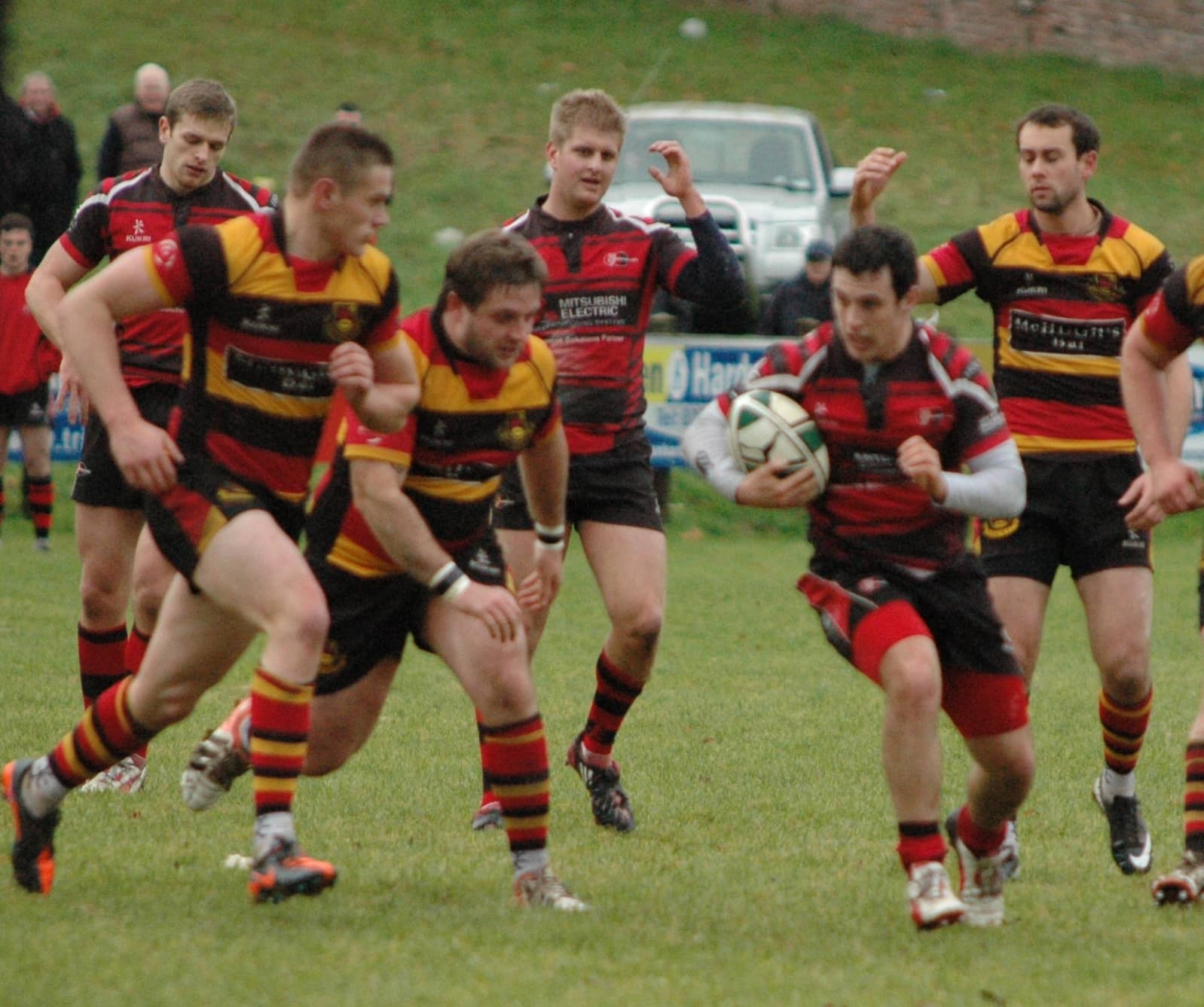 Sligo saw the Sligo team arrive at the Palace Grounds two hours prior to kick-off time with a certain confidence in their whole team cique.

They arrived in Armagh after two away wins, one home win, and a creditable draw against Thomond under their belt. Armagh, on the other hand, turned up to the home fixture with the self-knowledge that, as a team they had under-performed at Navan last week where they suffered an embarrassing 32-24 defeat.

The game kicked off and immediately reflected this attitude. Sligo were awarded a penalty in front of the home posts which opened the scoring. To add to this momentum the Sligo winger put in a fine try following some fairly sad defensive work!

With the conversion Armagh had built a fine ten point mountain to climb!

The Armagh come-back started with two penalties kicked from Richard Reaney to bring the score up to 6-10. Just to keep the board turning over the Sligo No.10, Stefan Muir, landed another penalty quickly followed by another from Richard Reaney. To put the half-time score at 6-13 with the game in the balance.

Armagh’s coach had one of his signature team-talks and his boys came out a different side from the lacklustre first half team. Out half, team captain, Richard Reaney, scored a beautiful drop goal just five minutes into the second half.

This was followed almost immediately by a text book controlled rolling maul which resulted in tight-head prop Andrew Fletcher scoring another of his signature tries! The conversion was on target but this was again overshadowed by the most beautiful drop-goal from just inside the Sligo half-way line to bring the score to 22-13.

Armagh had, by this time, taken control of the game and Matthew Wright was more than capable to seize the opportunity to break through the tiring Sligo defence. The game ended with the referee carding a Sligo centre for answering back after a decision.

All in all Armagh were more than able to play any team in the All Ireland 2B league but they can’t afford to let teams get 10 points ahead virtually unchallenged.

Coach, Andrew Hughes’s, words after the game were not pretty as he considered the first ten minutes of this match were suicidal. He was very emphatic that while we sent Sligo home less a bonus point and we had climbed back into the top four spot in the league. Disconsolate starts to games defiantly cost points, this one we got off!!!