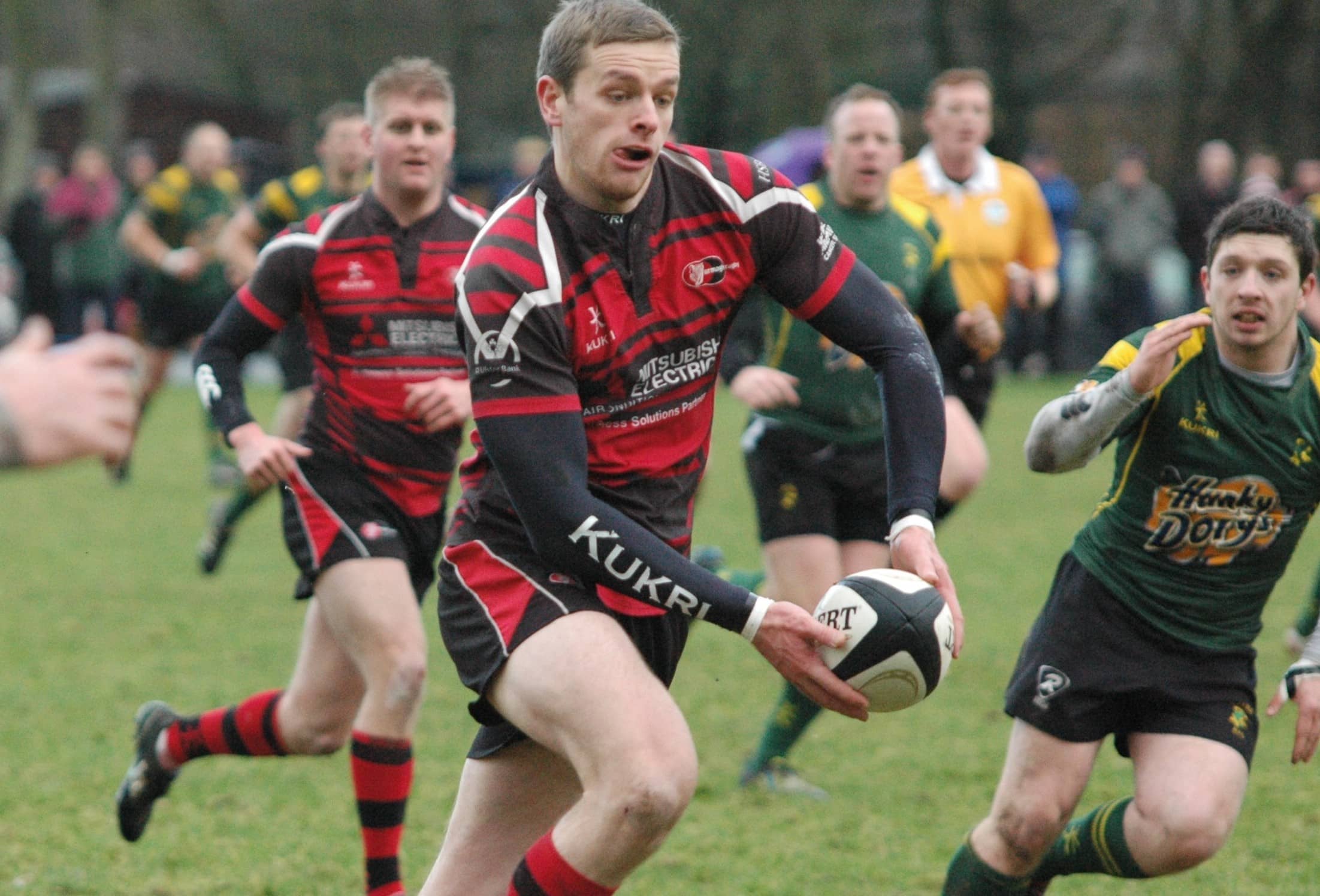 Last season Armagh traveled to Drogheda to play Boyne and were seen to under perform to let the Louth side get on top to a relatively easy four point victory.

This year, however, Andrew Hughes’s pre-match team talk let his team know that they were not to be bullied on their home patch.

The game kicked off with a stiff breeze at Armagh’s backs but the rain was incessant and certainly sorted out the dedicated spectators!

Despite Armagh occupying third slot in the league and Boyne floundering in eleventh position both sides appeared to be very evenly matched in open play. Armagh forwards were seen to have the upper hand in the set pieces but the Boyne backs demonstrated a flair when they were able to gain possession.

The first scoring opportunity came when Armagh were caught off-side right in front of their posts.

The Boyne full back, Niall Kerby, stepped up to take what was seen to be a certain three points. His kick went wide much to the relief of the home spectators. Not to be out done the Boyne side launched a series of determined attacks and only for some resolute tackling the visitors could have scored several tries.

With the score board reading 6-0 in Armagh’s favour the rain now began to come down in torrents as the referee blew the whistle for half-time.

The game restarted with Boyne being awarded two penalties which evened the score 6-6. The game then degenerated into a scrappy, bad tempered struggle with both sides failing to impress. A further penalty kick brought the score up to 9-6.

Then, with just  ten minutes before the final whistle the Armagh Substitutes appeared and this seemed to inspire the home side. A concerted run from James Morton resulted in a try from Seamus Mallon.

The conversion wet wide but the game ended with Boyne failing to secure a losing bonus point despite all their efforts!

Next Saturday see Armagh travel to Leinster to play Greystones. They are currently a single bonus point ahead of Armagh so it promises to be a really tight game!