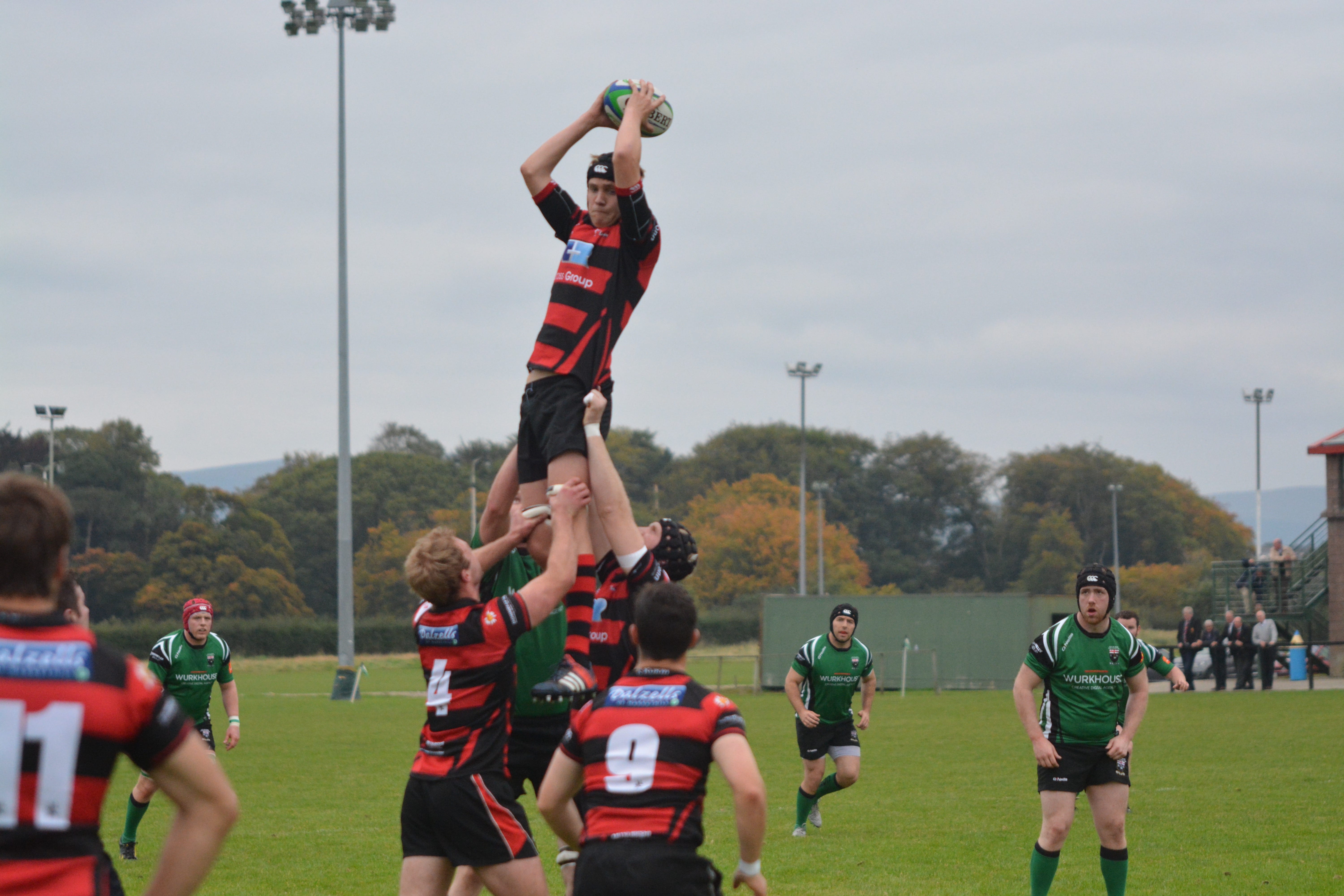 For the second time this season Armagh made the long trek north to Judges Road to play City of Derry.

Having suffered a 40-18 defeat on the previous game in September this was always going to figure as a ‘tricky’ fixture.

Even before the kick-off Armagh’s Zak Kneebone was seen to ‘go down’ during the team warm-up. He had suffered a twisted ankle and was in a fair degree of pain. This was a significant loss to Armagh as Zak had made several storming runs in the September game.

The game kicked-off in fine conditions but almost immediately Armagh were penalised by referee, Chris Busby, for failing to roll away following a tackle. Derry’s kicker, neill Burns, stepped up to open the scoring. This offence was followed almost immediately and, again, the kick was good puting Armagh 6-0 down with only 7 minutes played!

By half-time Derry had scored 3 converted tries and 2 penalties to Armagh’s solitary penalty.  This 27-3 score line was looking very ominous and certainly Armagh had a very big hill to climb before the final whistle!

During the break Armagh’s coaching advisor, Brian McLaughlin, gave the team some of his signature words of encouragement!

He was heard to say that Armagh were an extremely talented side and needed to have faith in their game plan. By kicking the ball into Derry’s half on three occasions they had ‘gifted’ the home side with three relatively easy tries! However, when they had retained the ball in hand they had made great progress.

At the re-start these words had, obviously, sunk in and Armagh were seen to make strides deep into Derry’s territory. This resulted in a try from James Morton which Johnny Pollock converted.

Indeed, Armagh spent most of the second half in the Derry ’22’ . This pressure resulted in Armagh being awarded a penalty try, again, Johnny Pollock converted to improve the score to 30-15.

Armagh were victims of their own errors in the first half and were unable to close the points gap no matter how they tried! The important factor being that they had deprived themselves of even earning a losing bonus point!

To add insult to injury, a defensive mix-up in the dying minutes of the game allowed the Derry right winger touch down in the corner for an easy try. This being their fourth try they also earned a winning bonus point.

The game ended 35-17 to Derry. Armagh have some homework to complete before they meet Rainey on 17th October in The Palace Grounds.