Armagh lose out to Banbridge for second week in a row 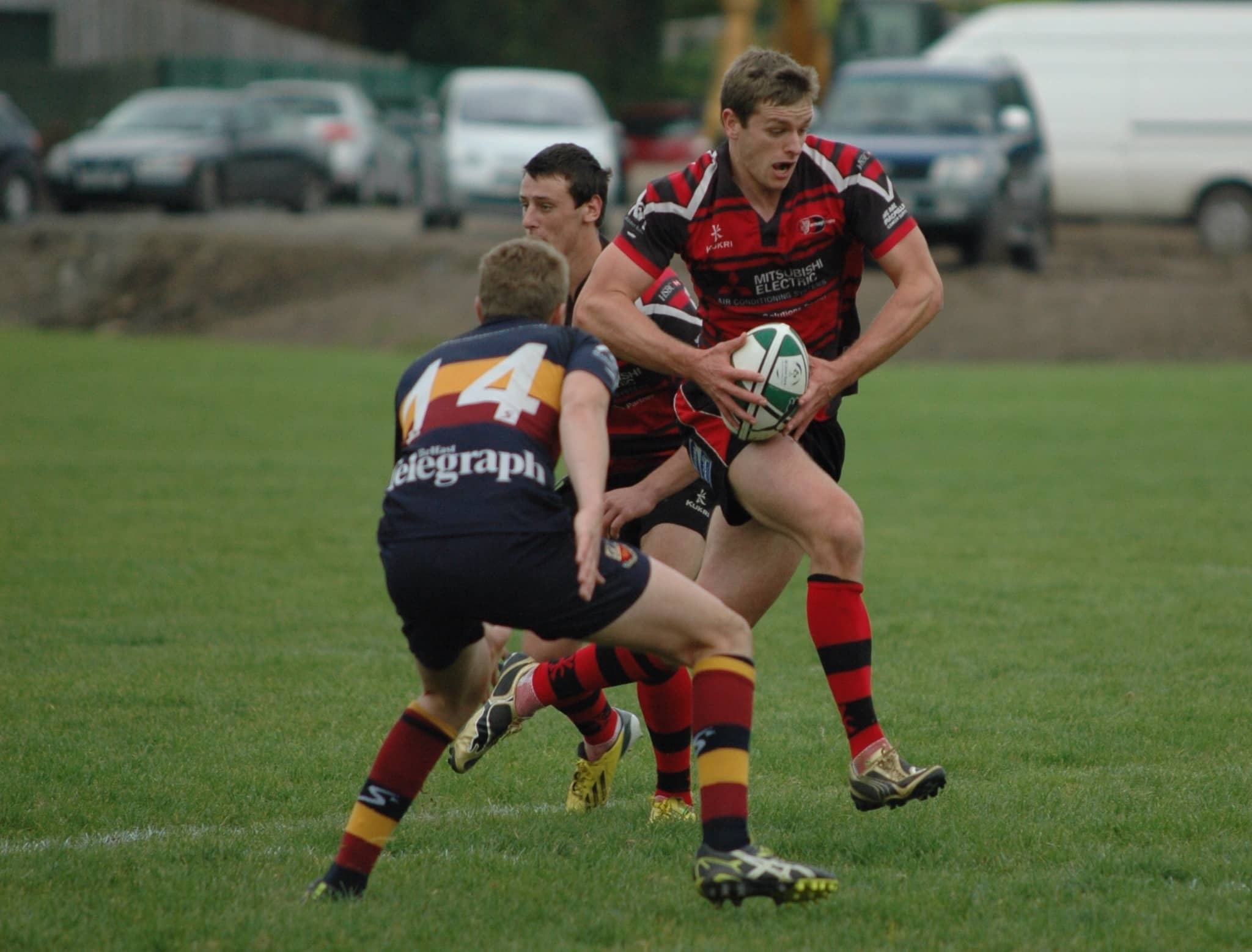 Last week’s 32-20 defeat eliminated the Armagh side from the Ulster Senior Cup.

This Saturday the Orchard County side travelled to Rifle Park to play Banbridge in the Ulster Senior League.

Armagh kicked off with a freshening breeze at their backs and it was evident from the start that they were keen to re-establish their confidence after last week’ defeat. The first move of the game saw Armagh win a ‘choke tackle’ and put the home side under pressure inside their 22. From the resultant scrum Banbridge were penalized and club captain Reaney kicked an early three point lead.

Thirteen minutes into the game & Armagh were caught off-side. Banbridge took a tap-kick option and swung the ball out to their left wing who, with an overlap was able to touch down in the corner.

At the re-start it was obvious that the freshening breeze was beginning to play an increasing role in the game. Taking this into account both teams were seen to play open, entertaining rugby. Winger, Robbie Faloon and centre, Johnny Allen both put in spirited runs but failed to put points on the board.

The second half saw Armagh score a further 12 points through tries from James Morton and Harry Doyle added to by a conversion from Richard Reaney. Banbridge, on the other hand, scored a further 14 points to leave the final score at 29-24.

From this result coach, Andrew Hughes, can only take encouragement as last Saturday’s encounter at the Palace Grounds resulted in a twelve point defeat. Whereas to travel to Banbridge to compete in this week’s fixture and see a narrow five point defeat against a side from a higher league status must be rewarding. In fact, if Armagh had taken just one or two more chances they could well have won the game.

Next Saturday’s fixture sees Armagh entertain  De la Salle Palmerstown at the Palace Grounds in their first fixture of the new season in the Ulster Bank All Ireland League. This Dublin side was relegated into section 2B at the end of last season. They will, no doubt, be keen to assert their position in the league making for an interesting encounter.