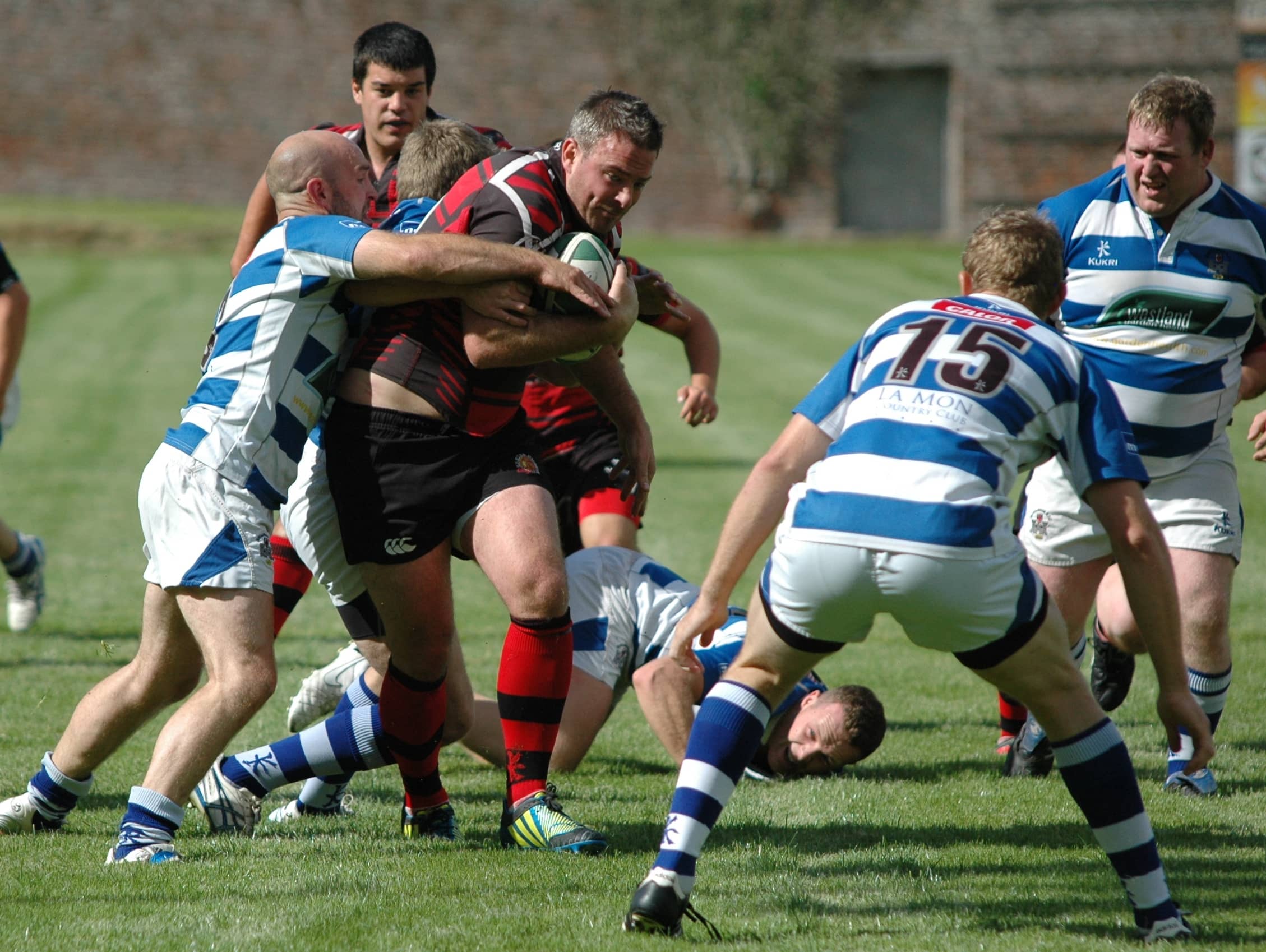 SATURDAY saw Armagh open up their 2013-14 season proper when they entertained their old rivals, Dungannon, at The Palace Grounds in the first fixture of the Ulster Senior League.

It has to be said that the conditions were ideal for both playing and watching rugby. Indeed the the Palace Grounds were resplendent with the pitch taking on the appearance of a cricket ground rather than a rugby pitch!

This is the result of a really concerted effort of a few loyal club members devoting some serious hours on the recently acquired grass cutting machine. Their hard work was a credit to the club and deserves a mention.

The game kicked off with a brisk breeze at Armagh’s backs and straight from the kick-off Dungannon were penalised for a rucking offence.

Richard Reaney, Armagh’s new club captain, chose the line-out option. Straight from the throw in the home pack formed a rolling maul and stormed across the Dungannon line. The touch-down was awarded to Phillip Fletcher. The tight-head prop showed great strength and was unlucky not to score a second try just 10 minutes later.

The conversion was taken by Andrew Magowan but the breeze died for an instant and the ball veered off to the right of the posts.

However, to see Armagh 5-0 ahead after two minutes play did not bode well for the visitors!  It could be said that for the remainder of the first half Dungannon never got out of their half apart from a couple of intercepted passes. The home defence, however, soon dealt with these excursions and dispensed the Dungannon men back into their half. Andrew Magowan was successful with a penalty to leave the score at 8-0 at the break.

The breeze stiffened as the second half got underway but the conditions were still perfect for fast open rugby.

The home team did oblige with some spectacular open play and 15 minutes into the half left winger Stuart Lester ran in a fine try in the corner.

Again the conversion went wide. Shortly after this Richard Reaney broke through a series of weak tackles and scored a try 10 metres in from the right corner. This was converted to bring the score to 20-0.

Reaney had several more breaks but failed to add to the final score. Man of the match Andrew Smyth had a number of spirited runs and made some real yardage, especially in the first half.

When loose head prop Simon Carlile went down with a shoulder injury, it was evident that Armagh would have to step up work in their scrums. Substitute prop AndrewMorton obliged and was more than able to control things in the front row.

Being an early season game, the result was, perhaps, not an entirely true reflection of both teams’ performance, but a win is a win and on the day Armagh were the sharper side.

Pictured: Jonny Steenson makes a spirited run for Armagh during Saturday’s game against Dungannon at the Palace Grounds.