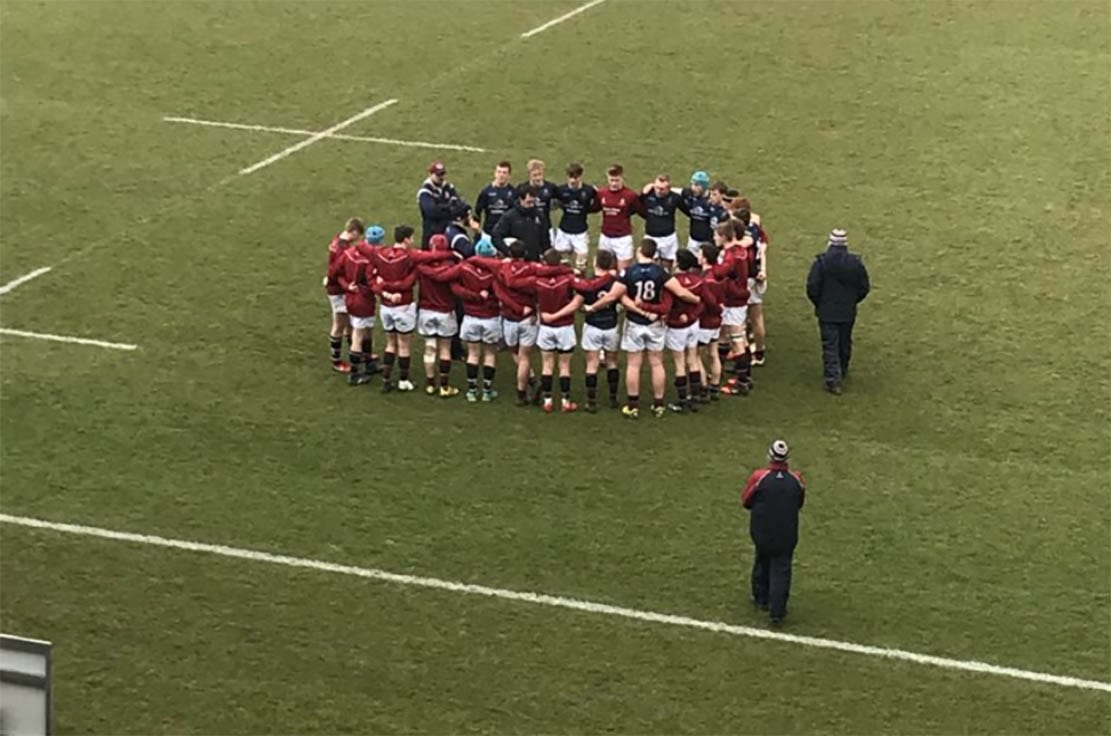 Royal School Armagh booked their place in the Danske Bank Schools’ Cup with a huge win over holders Royal Belfast Academical Institution (RBAI) at the Kingspan Stadium this afternoon (Wednesday).

The Belfast side were aiming for fourth title in a row, the first time any side achieved that since the 1940s when RBAI won six on the trot.

The Royal School however put pay to that and will now face Campbell College in the final on March 19. They will be gunning for their tenth title and their first since 1994.

Armagh raced into a commanding lead with Matthew Reaney crossing the line for the opening try before Jack Treanor added another on 18 minutes. Zac Thompson converted both to give the Armagh side a 14-0 lead.

The first came from Reaney receiving a well timed pass to go over under the posts. The second came about from some fantastic build-up work from Charlie Worth and Reaney before Treanor spun away from a number of tackles and landing over the white line.

However, RBAI followed up with a Robin McIlveen penalty before Niall Armstrong broke down the Armagh rearguard for his side’s opening try of the afternoon, leaving the score 14-10 at the break.

Despite a strong end to the half from the favourites it was Armagh who began the second half brighter.

Ulster U18 Ryan O’Neill crossing the line for Armagh’s third with the the reliable Zac Thompson converting again.

The Armagh flanker picked from the rear of the scrum before shrugging off two challenges and landed right under the posts.

Jude Postlethwaite pulled five back from RBAI but the missed conversion was another opportunity missed but with seven between the sides the remaining 20 minutes were going to be a tense affair.

But that tension was eased as Armagh put one foot in the final thanks to a Nicholas Jennings try 12 minutes from the end to put eleven in it. Thompson’s conversion attempt was well wide – his first miss of the day.

Armagh were made dig deep and repeated pressure finally paid dividends for RBAI as Conor McCormick crashed over the line. His try converted by McIlveen to set up a grandstand finish with just four minutes to go.

However, Armagh held on for an historic victory and another day out at Kingspan Stadium later this month.