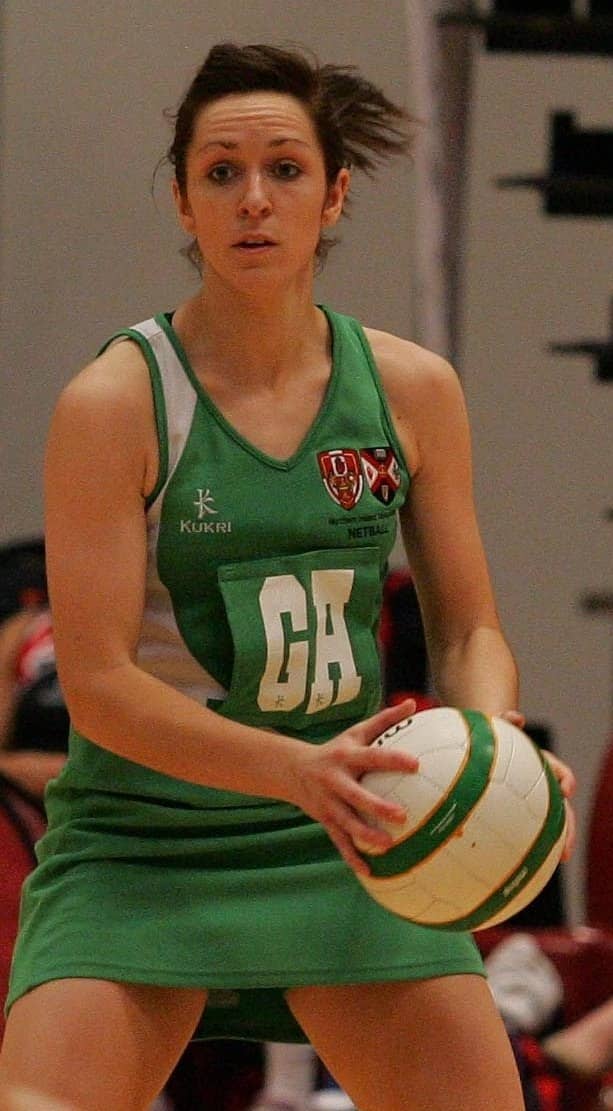 Netball ace Caroline O’Hanlon is hoping to follow the lead of Ireland’s leading women’s rugby players in becoming a European champion next weekend.

Better known as a double ladies gaelic football All Star, the multi-talented Bessbrook woman has also been playing international netball for Northern Ireland for the past decade.

During that time she has inspired the girls in green to several historic highs, including reaching the quarter-finals of the 2011 World Cup in Singapore and securing runners-up place for the first time ever at last year’s European Championships.

The world-class centre won overall Player of the Tournament at the 2010 Euros and Player of the Match in the decisive clash with Wales last year so she has a great personal record in the competition.

However Northern Ireland have never come close to taking the title in 32 attempts with England absolutely dominating the European scene and recently challenging the big southern hemisphere sides for global supremacy.

This time however the English will be fielding a more experimental line-up as some of their leading lights are playing in the professional league in Australia and New Zealand, creating a potential opportunity for O’Hanlon’s side to make history.

There are parallels with women’s rugby in that earlier this spring Ireland took advantage of England fielding a second side string side due to prioritising the World Cup Sevens and clinched an historic Six Nations Grand Slam.

O’Hanlon hopes the North’s netballers can take inspiration from that success but warns against getting carried away with talk of conquering Europe going into this week’s tournament in Aberdeen.

“England have incredible strength as a netball nation so even their younger fringe players are at a very elite level and such is their dominance of European netball they will still expect to have enough to win this competition,” explains the Daisy Hill Hospital doctor who is captain of Lisburn club Larkfield.

“We’re aware that they’ve a few big names missing from the team which whitewashed world champions Australia in January so we’ll give it a good go when we play them, but going into the tournament our full focus is on beating hosts Scotland in the first fixture on Friday.

“Although we’ve a great recent record against Scotland, they have home advantage and will be bursting for revenge I’d imagine so we need to hit the ground running in spite of our domestic season having finished at the start of last month.

“Whatever about winning this competition, we absolutely need to beat Scotland to boost our chances of qualifying for next year’s Commonwealth Games as places are determined by world rankings.

“We’ve had very few fixtures in the past couple of years so, although we’ve done well in tournaments, are at risk of missing out on an event which is particularly important to our sport because of netball not being in the Olympics.”

Northern Ireland will also be wary of Wales this weekend as the Welsh players come into the tournament sharp and battle-hardened from competing in the British SuperLeague but it is a challenge O’Hanlon is relishing even though it starts five days after the ladies football interpros.

This will be New Zealander Kate Carpenter’s first tournament in charge since being appointed Northern Ireland’s new full-time coach and she is settling into the role well according to O’Hanlon and her fellow senior players.