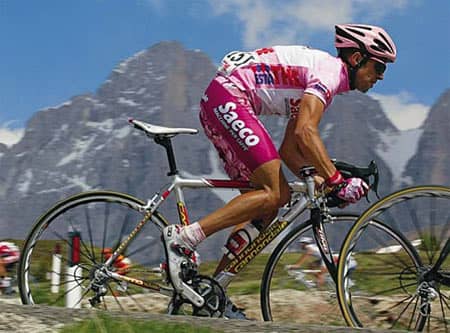 A public meeting to discuss opportunities presented by the Giro d’Italia cycle race was held in Keady on Tuesday, March 25.

The meeting, arranged by Sinn Féin councillor Darren McNally, was intended to give local people a platform to discuss ideas, make plans and consider funding possibilities.

Councillor McNally said: “The Giro d’Italia is the second biggest bike race in the world, has a huge following and will be viewed in over 170 countries as the race progresses.  This represents a massive opportunity to showcase this area to the world.

“I have been discussing the potential of the Giro with my Sinn Féin colleagues across South Armagh and I know that other villages have big plans to present their areas in the best possible light.  I want to make sure that Keady and the surrounding areas also maximise this opportunity and for this reason I called tonight’s meeting.”

The councillor also emphasised the role that MP Conor Murphy and MLA Cathal Boylan had had in ensuring the inclusion of rural County Armagh on the route saying;

“Conor Murphy and Cathal Boylan met with the race organisers last summer to encourage them to include the rural parts of Armagh including the Ring of Gullion on the route.  Since then Sinn Féin has been engaging with the Tourist Board, both Armagh and Newry & Mourne Councils and the public to ensure we maximise the opportunities this event will bring.”

The civic community in Keady are very much behind this initiative and a number of groups including the St Patrick’s Day Festival Committee, Keady Youth Club, the local Scouts branch, Community Band, Keady Stay and Play and Lámh Dhearg Hurling Club are coming together to ensure a festival atmosphere in Keady on Sunday 11th May.

Councillor McNally continued: “Last night’s meeting was very productive in that we succeeded in getting a Council funding deadline extended by a week which will give groups which were busy until now arranging the St Patrick’s Day festival a chance to apply for finance for a Giro project.

“The Giro d’Italia is a once in a lifetime opportunity for Keady to be marketed to a worldwide audience.  I hope that all strands of our community, from local businesses to our schools, come together to turn the town pink and show people all that our bright and vibrant community has to offer.”