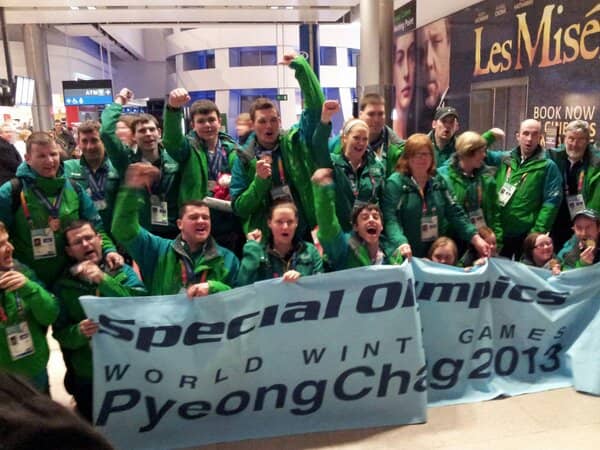 Team Ireland picked up a fantastic 12 medals in Pyeongchang, South Korea, over the past week, including one gold and two silver medals for Armagh-based skiers.

And as they touched down in Dublin last night, the group received a warm welcome from family members, friends and supporters.

He said: “Representing your country on the World sporting stage is a huge honour for any athlete but doing so well and returning with medals is an incredible achievement.

“I would like to pay tribute to every member of Team Ireland for representing us all so well at these prestigious Games and for being such wonderful sporting ambassadors for Ireland.”

“We are all very proud of the Irish team’s performances in South Korea. Everyone put in a terrific personal display and it is a bonus to come home with medals,” he said.

“I want to pay tribute to the athletes, the support staff at Special Olympics Ireland and to all the family members and volunteers who worked so hard to make this sporting adventure possible.”

Featured image courtesy of @SOIreland, with thanks.