One to forget for newly-promoted Armagh 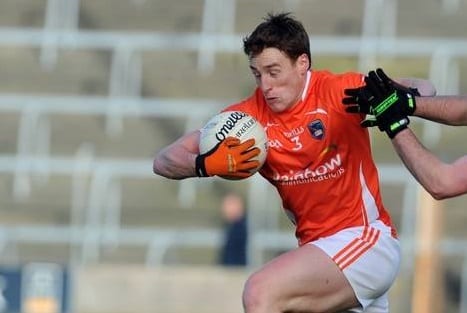 Sligo turned in perhaps their best performance of the season to beat the newly-promoted Armagh on an 11-point margin at Markievicz Park this afternoon.

Armagh, having been restored to Division 2 last weekend after beating Louth by two points, trailed throughout and coasted along, hardly troubling Sligo until the second half.

But a goal from Andrew Murnin mid-way through the second half was not going to be enough to lift the Orchard County or inspire a late fight back.

Sligo had it all to play for, as they fought to stay in Division 3 next season.

And they came out battling, never letting up and with every man with his role to play.

Sligo raced into an early lead with a brace from Adrian Marren before Armagh pulled one back courtesy of a Eugene McVerry.

Marren was in top form and added another three, along with further scores from Niall Murphy and a well-taken free from Mark Breheny.

Gavin McParland also got his name on the scoresheet but Marren was unstoppable for Sligo, with a personal 0-7 first half tally and almost adding a goal for good measure but for a great save from Paddy Morrison.

Neil Ewing extended the home side’s lead to leave it Sligo 0-12 to Armagh 0-4 going in at half time.

Sligo started the second half as they had finished the first with a dogged determination driving them onwards.

Within minutes a goal was on the cards for David Kelly before a further free from that man Marren.

Armagh began to show some form and added two to their tally before an Andrew Murnin goal midway through the half, but two further scores from Sligo left them still trailing by 11.

Armagh added another two points but Sligo replied to leave it Sligo 1-19 to Armagh 1-8 at the final whistle.

Armagh will now put today’s result behind them and focus on their Division 3 final against Fermanagh at Croke Park on Saturday, April 25.