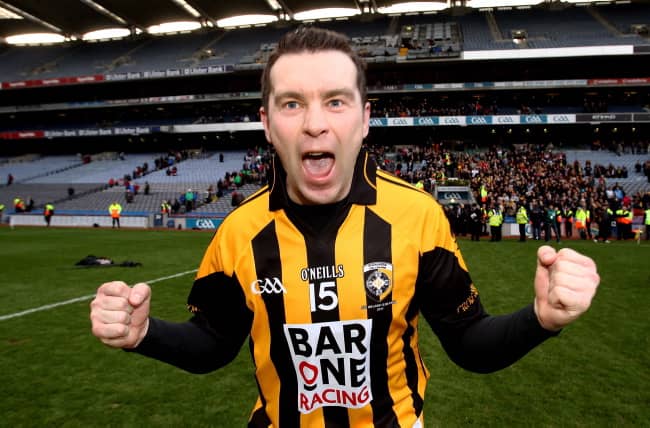 The former Armagh forward said it was the right time to quit, after Crossmaglen’s All-Ireland club semi-final defeat last weekend.

The highlight of the 37-year-old’s career came when he won the All-Ireland title with Armagh in 2002. He also boasts a county career which included two All Stars.

He won six All-Ireland club titles as part of an all-conquering Crossmaglen team, in which he played for 20 years.

McConville hinted that he may be about to call it quits after Crossmaglen’s 2-7 to 1-9 defeat by St Brigid’s in the All-Ireland semi-final.

That in fact was his last game for the club.

McConville has also made headlines off the pitch, after speaking publicly about  a gambling addiction. He also released a book where he told of his battle, and recounted the highs and lows of a glittering career.

“For my own personal reasons it is the right time – I have been picking up injuries and different things like that,” said McConville. “I’m happy with the decision and at peace with the fact that I’m not going to be playing football any more.

“I have had an unbelievable time playing gaelic football and I’ve won so much, but for me it was much more than that – it was my life for so many years. It is going to be hard, and there is going to be a big void, but I have plenty of things to replace it.”

McConville has also spoken of his satisfaction that the future of GAA in the county remains bright, with many promising up-and-coming stars coming through the ranks.

As for the future, his plans would centre on coaching, but he has ruled out an early move into GAA management.

It is something McConville says he would consider in the long term – but only if it was with Crossmaglen or Armagh!