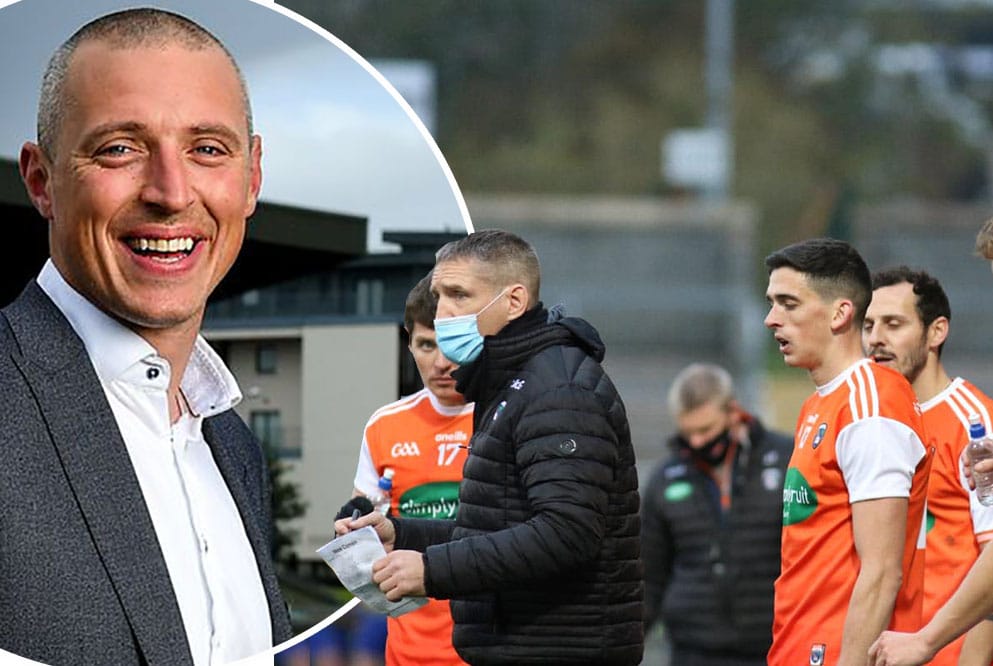 Four-time All-Ireland winner Kieran Donaghy says his work role will allow him the opportunity to get involved with the Armagh senior side in the upcoming season.

The Kerry legend says he’ll be able to combine his work commitments as a Sales Director with Tralee-based PST and a role in Kieran McGeeney’s backroom team.

Despite the obvious distance between Armagh and Tralee in Kerry, Donaghy says much of his upcoming projects will based in and around Northern Ireland.

Speaking to OTB Sports, the three-time All-Star, who is due to head to Armagh this weekend, explained how the surprise coaching role came about.

“I played with Kieran in international rules in 2006,” he said. “He coached me in 2011 down in Australia and I was very impressed with the way he went about it with Anthony Tohill.

“We’ve kept in touch since. He’s got a good Kerry woman by his side so he’s down in Kerry quite a bit. It’s something we’ve talked about for a while.”

He added: “I’ve being doing quite bit of work in Dublin; and now we’ve a project up in Enniskillen and another in the north in the pipeline. Thankfully I don’t have to work in the UK now so it’s ROI and NI I have to look after as Sales Director.

“I’m up there quite a bit so it will allow me to use my work schedule and my Armagh coaching schedule in a similar fashion as I would have done with you guys (OTB Sports Radio). Staying in hotels can be lonely enough so this will give me something to do.”

Donaghy said he has had conversations with the Armagh manager over the last number of weeks and months and was impressed with them, not only on the field, but off the field too.

“I watched his Armagh side when I was with Sky Sports against Mayo in Castlebar,” he recalled. “They lost by a point and I was extremely impressed with how they were doing, the young talent they had. Kieran has been there six years so there’s great continuity; the backroom team he has in place is outstanding.

“I’m hoping I can go up and add a different voice and viewpoint. Coaching is something I’m passionate about and getting to learn ofd someone like Kieran McGeeney is something I’m really looking forward to.

“Armagh have been climbing through the ranks and have a serious task in Division One – Ulster is obviously very competitive but they’re a very young talented group of players there. It’s hugely exciting and a huge challenge but I enjoy a challenge.”