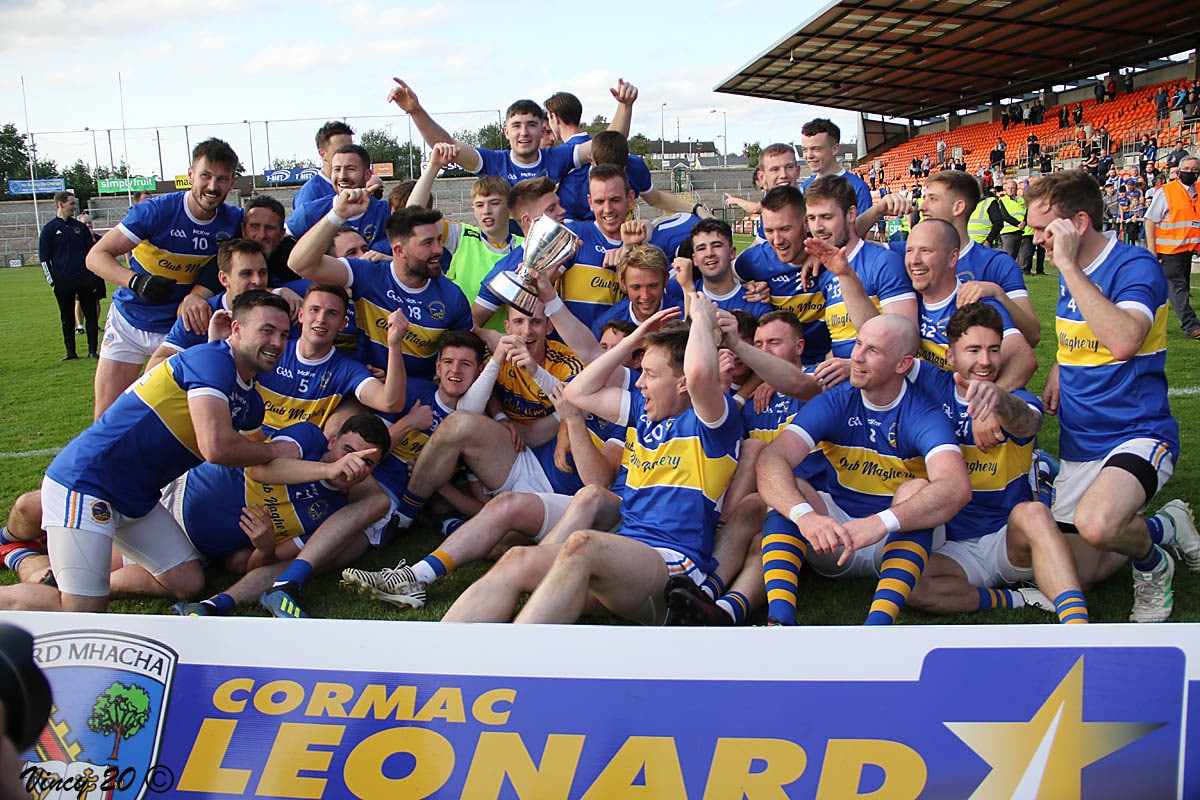 Despite trailing 0-11 to 2-3 the break, the Loughshore men – led by former Armagh wing-back Finnian Moriarty – notched two more goals following the interval to put the game – and a third consecutive Gerry Fegan Cup – out of Rangers’ reach.

Man of the Match Aidan Forker claimed a goal just shy of the 40-minute mark, which help turn the tide; and it was his assist for Ronan Lappin, who netted the fourth six minutes later, which proved critical. The goal effectively ended the contest and helped Maghery lay claim to their second ever senior championship crown – their first coming as recently as 2016 in what has proven to be a golden age for the north Armagh men.

A battled-hardened Cross’ side were favourites going in but losing goalkeeper Tiarnan McConville and midfielder Stephen Morris before a ball was kicked in earnest was always going to increase the task – and so it proved.

Unsurprisingly Oisin O’Neill was pivotal for Cross, scoring five first half points but Brendan Haveron and Brian Fox goals – the latter coming at the end of the half – kept the game on a knife-edge during the first 30 minutes. Ben Crealey’s second half introduction made a huge impact on the game and with Cross’ chasing shadows late on, they were unable to prevent their second championship final (County, Ulster or All-Ireland) loss in their previous 39.