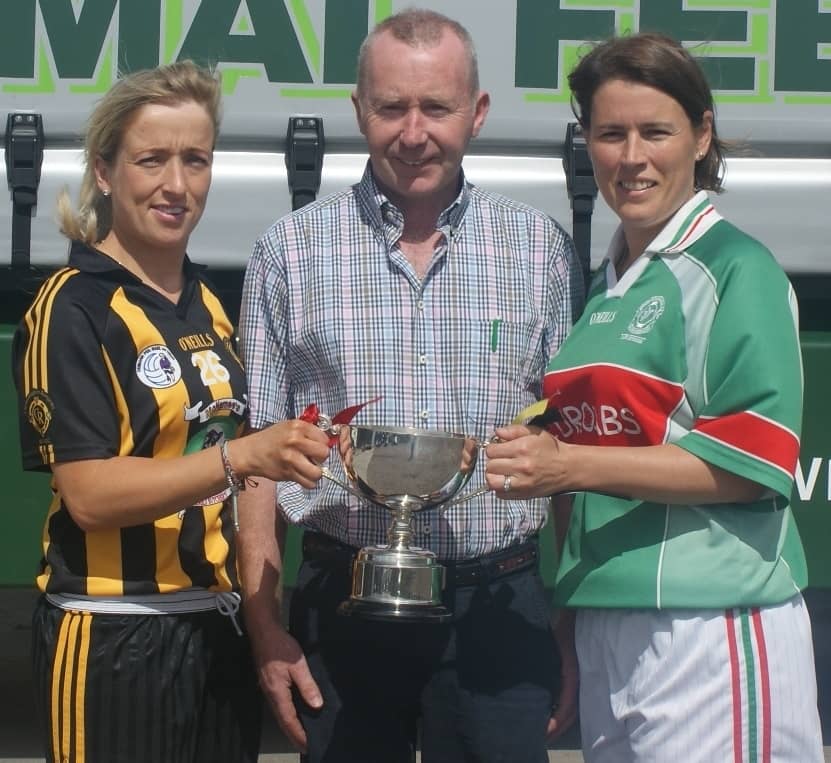 FORMER All Star nominee Dervla Mallon shares the growing optimism surrounding Armagh’s resurgence but is resisting the temptation to jump on the bandwagon by returning to the county panel.

Instead, the evergreen 32-year-old is getting her kicks from Grange’s against-the-odds attempt to win the Mackin’s Intermediate Championship and thoroughly looking forward to Sunday’s decider against Crossmaglen.

For a top player who readily admits to missing the big games in places like Clones, representing Grange in the Athletic Grounds in a final is as good as it gets these days – though she’ll also be captaining Tullysaran in the following weekend’s county camogie final – but lifting the trophy would be much more than merely a nice consolation prize.

“One of the reasons I knocked county football on the head several seasons ago was to be in a position to give more to the club and it’s very rewarding now to be in this final, playing with my sisters, neices, neighbours and friends.  It’s so special,” she says.

“It’s 11 or 12 years since we were in a final so between that and the underage doing quite well, there’s a positive feeling in the local community and I’m sure we’ll get good support next Sunday.  It’ll be a great occasion and we want to go the whole way and win the trophy.

“Don’t get me wrong, I’d instinctively love to still be playing county football when I’m 40 never mind now and I miss so much about it including the competitive edge you get at the elite level.

“Watching Armagh getting so close to Cork last weekend did bring back many memories and the feeling never leaves you but with my domestic commitments now, I simply couldn’t do it – it wouldn’t be fair on my husband or child.

“So I made the difficult decision to limit myself to club football and although the Armagh management talked to me since then, I’ve stuck with that and thankfully it has proved rewarding.

“Very few of our girls have had the experience of playing in the Athletic Grounds before so that will be a huge highlight and honour for them and nice for myself to have that chance again, this time in club colours.

“No longer playing in the bigger games you get with county football makes me appreciate this match more and, although Cross have the Division One experience, the same applied to Ballyhegan in the semi-final.

“Both those teams are an unknown quantity to us, being a different division in the league, but I think having to just go out and play what’s in front of us suits our strengths.  This has been a good competition and the final too will very much come down to what happens on the day.”

Having impressively seen off fellow Division Two table-toppers Lissummon in the last eight, Grange emerged convincing victors in the Loughgall derby against top flight, Ballyhegan, though Mallon rejects any suggestion that it was a fairly comfortable win.

“A lot of our supporters said so but it didn’t really feel like it.  We got off to a good start and were six up at half-time but they had an inevitable purple patch and it took bodies being put on the line to maintain our advantage.”

If Grange are excited by being in the showpiece after a long finals famine, for their part Cross will want to exorcise the ghosts of last year’s corresponding game when they lost a big lead to Killeavy.

The dominant force in Orchard club football a decade ago, Cross have had a difficult time adjusting to a new order and life without Armagh greats Bronagh and Alma O’Donnell and several county colleagues from that era.

Significantly, there isn’t a single Cross player among the list of 38 who have been involved with Armagh this season and the only notable name left is club captain Maria O’Donnell, though she has been plagued by a back injury.

Cross may be a shadow of their former selves but had an impressive victory over South Armagh neighbours Silverbridge in the semis, both of which were won by the underdogs to set up this fascinating final.

With the commanding Mallon likely to dominate midfield and her exciting neice, Armagh’s Siobhan Mackle, capable of causing havoc, Grange can certainly claim another significant scalp and the trophy.

The team captains are pictured with sponsor Peter Mackin.