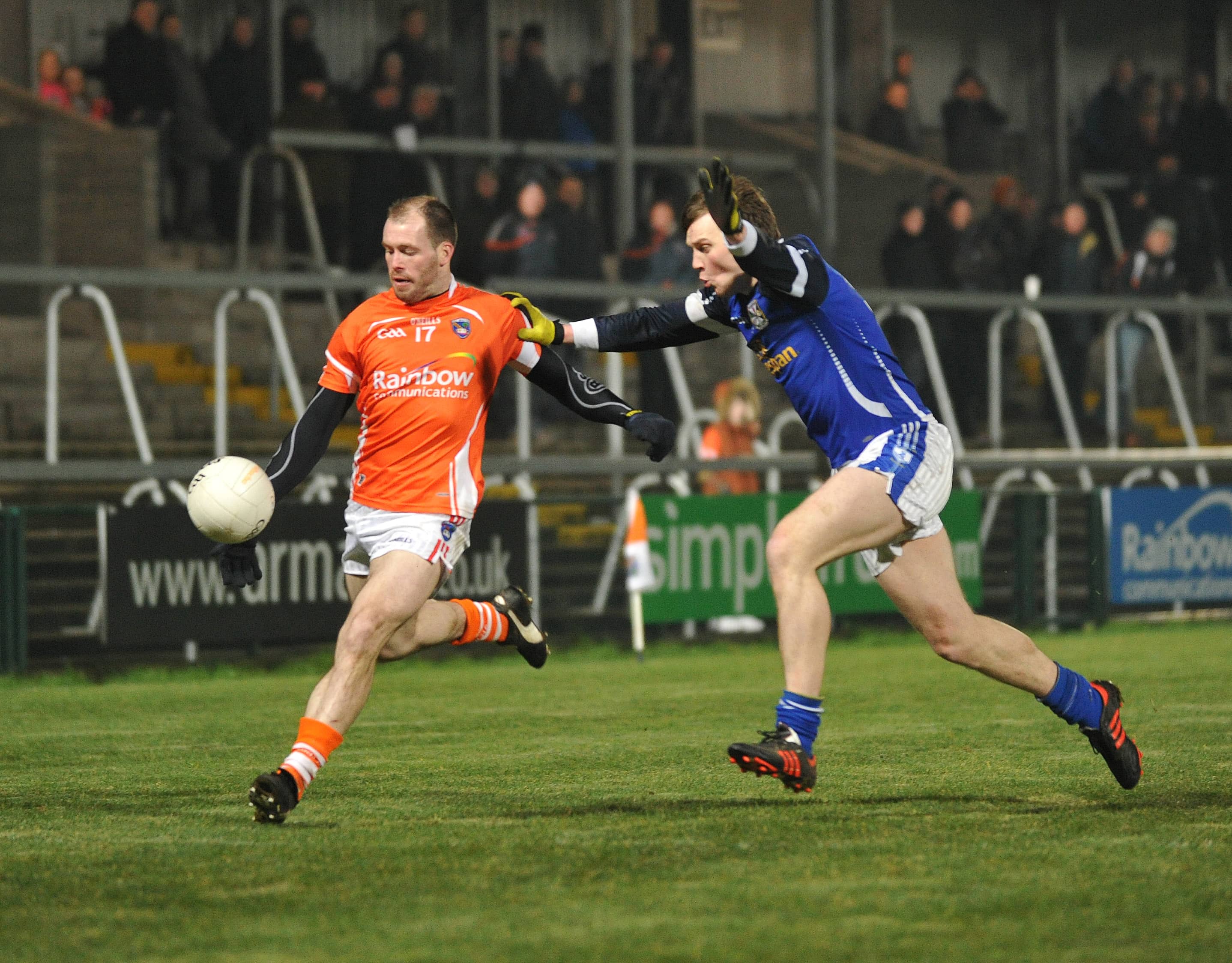 “It was always my dream to represent Armagh growing up so it’s with a heavy heart that I announce my retirement from inter-county football today,” he announced in a statement.

“It has been a great honour to have been part of the Armagh squad from 2003-2017, as captain for six of those years, and this is not a decision I have arrived at lightly.

“Having met with Kieran McGeeney at the end of 2016 after undergoing two operations, I was unsure of my inter-county future but we decided to try and get the body right for one more year and I believe the time is now right to call it a day.

“I would like to thank every Armagh manager who I have worked under and all county board officials for their continued support throughout my career. Also to my club St Patrick’s Cullyhanna, in particular Ciarán McConville who gave up so much of his time to develop my game.

“My journey as a county player has been truly wonderful – it has been a privilege to have been involved with such an incredible group of footballers and I am very fortunate to have tasted the ultimate success at international, provincial and county level and captaining Armagh’s U-21s to All-Ireland success in 2004 was a special highlight.

“While always an enormous commitment, playing for Armagh was a fantastic experience and I would like to thank the many people who supported me during my career, particularly my parents Majella and Michael as well as all my family and friends.

“I was always proud to be the Armagh Rep for the Gaelic Players Association and I’d like to thank the GPA for their support and I look forward to remaining active with the players’ body in the future.

“I’d also like to thank Denis Hollywood, Armagh GAA Games and Coaching Officer, for spending endless hours with me on a one to one basis as he helped to improve my knowledge of the game and develop the skill set needed to succeed at this level.

“I’d like to pay special thanks to Kieran McGeeney, who I always looked up to as a youngster from my days travelling to watch Armagh play.

“When I joined the squad in 2003, he took me under his wing and helped me develop as a player, he taught me what commitment and values were required to play for Armagh and I’m glad my journey has ended under his watch.

“I’d like to wish Kieran and the Armagh squad all the best in 2018 and into the future.”