Celebrations as Armagh promoted to Division Two after draw against Fermanagh 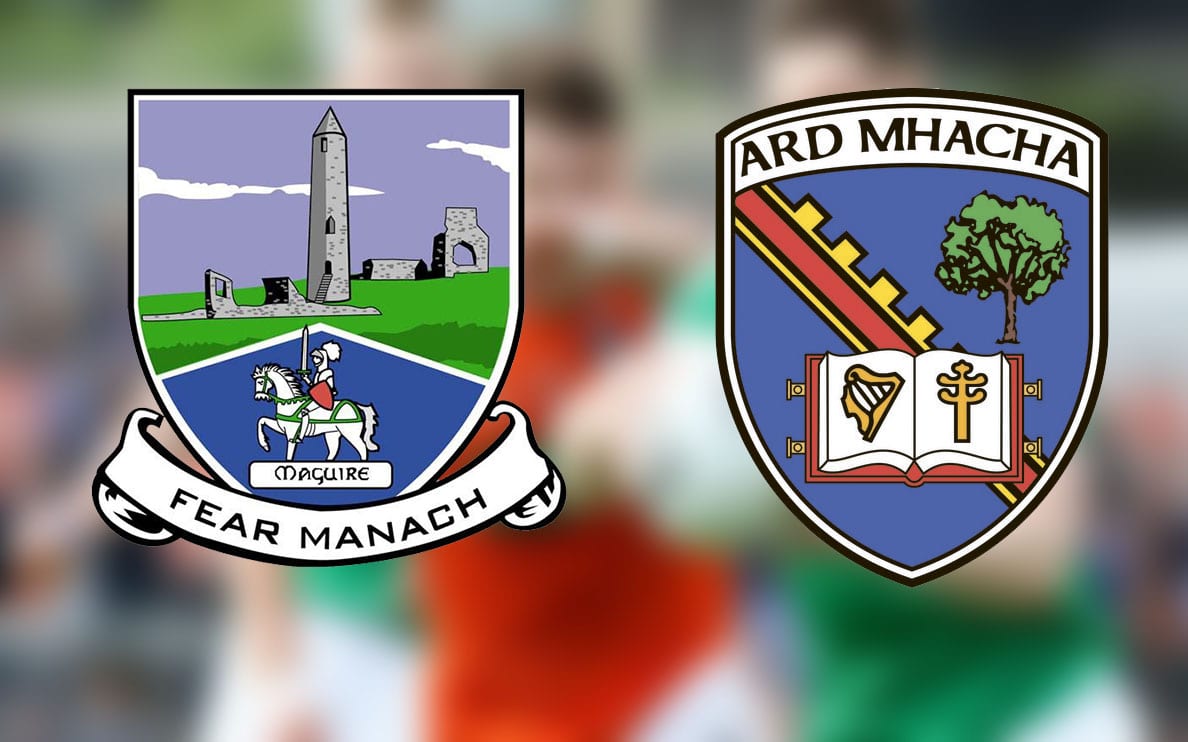 Armagh booked their place in next season’s Allianz National League Division Two with a hard-fought draw against Fermanagh in Brewster Park on Sunday afternoon.

Kieran McGeeney’s men avenged last season’s heartbreaking league finale by cruising through this year’s campaign, picking up maximum points, ahead of today’s clash, with a game to spare – that against relegated Wexford.

They will now contest the Division Three final in Croke Park on March 31 against either Longford or Fermanagh.

Fermanagh raced into an early lead notching up three points without reply, with Barry Mulrone, Stephen Quigley and Aidan Breen all on target, while Armagh watched a series of efforts sail wide.

Armagh could have been back on level terms with a goal from Stephen Sheridan but the Forkhill man rattled the crossbar.

Fermanagh, with the wind at their backs, went back on the attack and extended their lead to four points with a well-taken Stephen Quigley free after 16 minutes.

Niall Grimley was hauled to the ground and the referee awarded a free but he put it to the left of the bar, and Colm Watters also went wide.

But the elusive opener came 23 minutes into the game when Sheridan fired over a point when the opportunity was there for a goal.

Seamus Quigley made it five for Fermanagh bringing his personal tally to three, first hitting the post from a long-range free and then winning another, and making no mistake from 20 metres out to complete the first half-scoring.

Armagh stepped up a gear in the second half knowing there was too much at stake and Oisin Mac Iomhair reduced the deficit just a minute in, before the Orchard County were penalised when Stephen Sheridan was black carded for no apparent reason.

Nine minutes into the half and an Armagh free from 13 yards out from an awkward angle saw captain Rory Grugan send it wide and to the left, but two minutes later and the Ballymacnab man made no mistake from a free after Ethan Rafferty had been fouled.

Tit-for-tat scoring saw Stephen Quigley restore the three point advantage with another converted free, but Aidan Forker replied before Quigley responded again to make it 0-7 to 0-4.

Armagh really had upped their game and should have been awarded a penalty but the referee ignored the calls. Rory Grugan still converted the free, however.

Fermanagh lost the services of two men and Oisin Mac Iomhair pulled another back before Niall Grimley out on the right added a superb point to make it all level – seven each – with just 10 minutes to go.

The atmosphere was simply electric and the Armagh fans’ hearts were in their mouths when Aidan Forker cruelly struck the crossbar and Niall Grimley also saw a chance go wide and to the left.

Four minutes of injury time and still the teams could not be separated and despite a frantic finish the deadlock could not be broken.

But a point from the game was enough to secure promotion for Kieran McGeeney’s men. Congratulations to the Orchard County!