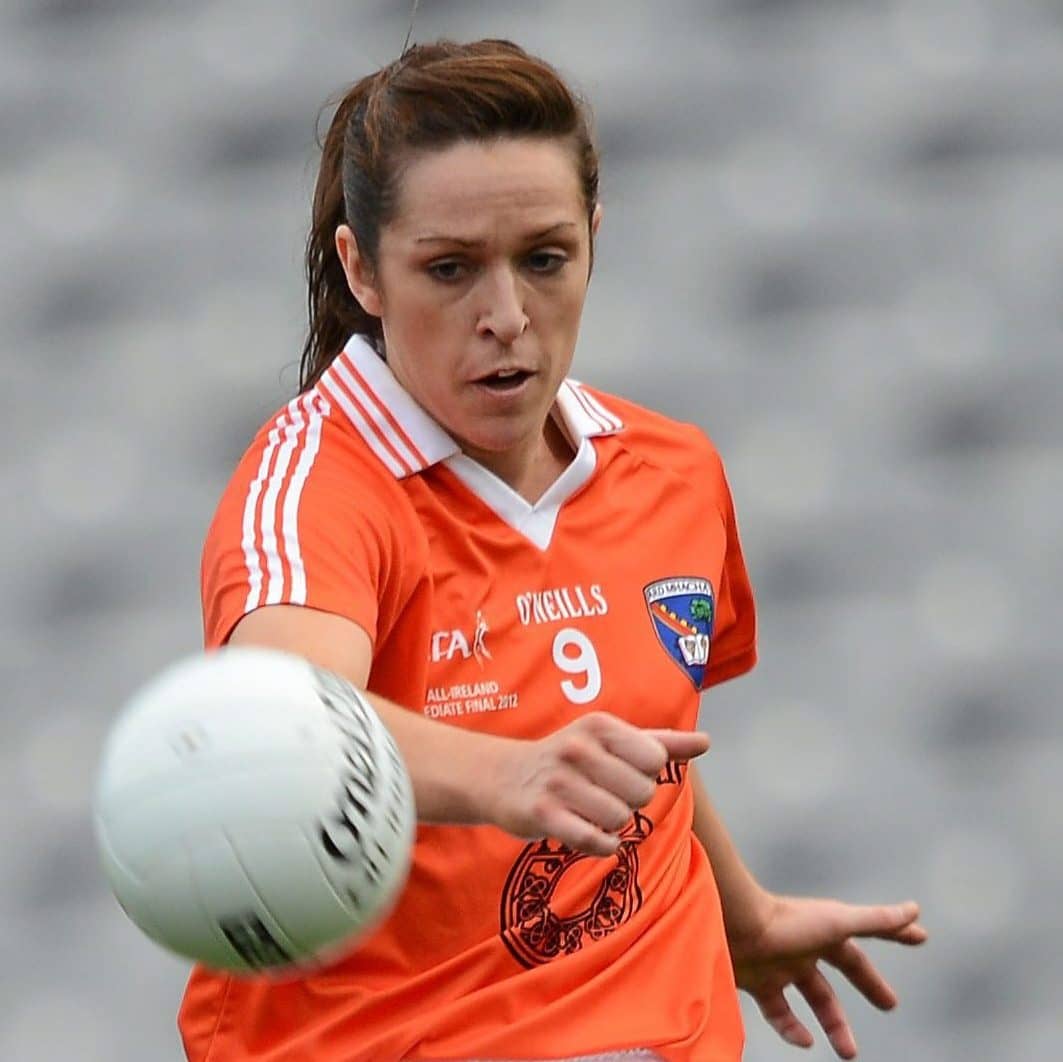 BEATING champions Cork for the first time ever would be the perfect present for birthday girl Caroline O’Hanlon seven years on from Armagh’s agonising near miss in the 2006 All Ireland final.

Armagh’s greatest ever ladies footballer turned 29 yesterday (Thursday), but will really have something special to celebrate if her team can secure a place in the quarter-finals of the TG4 senior Championship.

Winning this weekend wouldn’t bring back that missed medal from the mid-noughties but would be a serious statement of intent and a massive sign that the ultimate Orchard dream really can come true.

James Daly’s side are rank outsiders for Saturday’s televised tie in Birr (TG4, 6pm) but Armagh will hope to rekindle the spirit of 2006 when they were considered no-hopers ahead of the Croke Park showpiece, the only previous Championship meeting of these counties.

Back then there was a real aura of invincibility about a Cork side which had put together a run of 24 straight victories before facing an Armagh team in its first senior season, but on the day they were greatly relieved to squeeze home by the minimum margin.

There has been an exceptionally positive vibe coming from the Orchard camp since the draw was made and Daly has been impressed with the group’s reaction and constructive response in training.

“We definitely got the juicy draw but the girls have embraced it and are determined to match up, individually and collectively, against the All Ireland champions.  Training has been very positive with a good buzz about the place,” he says.

“We’ve all the respect in the world for what Cork have accomplished in ladies football over the last eight years, but when the ball is thrown in on Saturday, it will be just another game of football for us.”

Double All Star O’Hanlon concurs, insisting: “Our respect what they’ve achieved can’t extend to putting them on a pedestal.

“We wouldn’t have expected to face Cork at this stage as they always win their provincial championship but they’re in the qualifiers like ourselves after already being beaten this summer and must be treated like any other team.

“There have been plenty of surprise results in gaelic games this summer, and the fact Kilkenny and Donegal have already lost their respective titles illustrates that champions can be beaten by teams with absolute belief and the necessary commitment.

“They’ll be smarting but we’re hurting too after losing both the Division Three final and Ulster semi by one point margins.  After all the work we’ve put in, we must salvage something from the season and this is our last chance.

“One of our objectives was a place in the All Ireland quarter-finals and we aren’t prepared to give up on that just because Cork are the side standing in our way,” she vows.