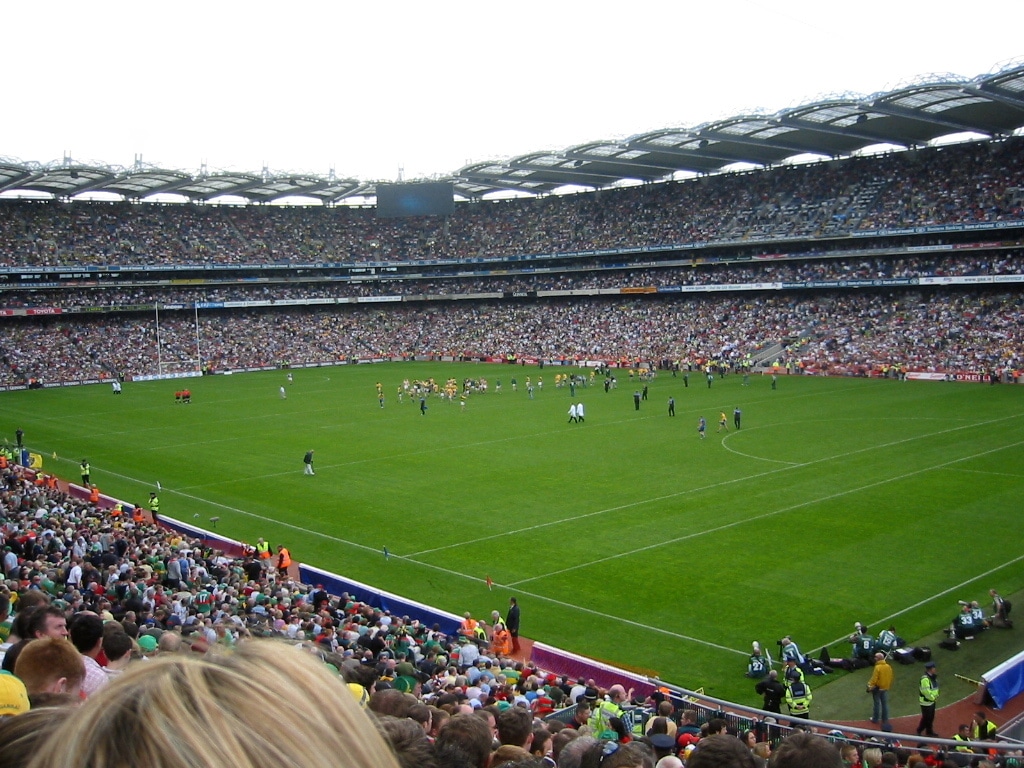 The BBC have refuted claims they “snubbed” airing the All-Ireland GAA final on Saturday in a row with Sinn Fein over their live television coverage of the sport.

Tyrone beat Mayo in a thrilling final at Croke Park on Saturday, but fans in Northern Ireland were left with a choice of either RTÉ or Sky Sports, with no live coverage or highlights on BBC television.

South Down MLA Sinead Ennis said the publicly-funded broadcaster “didn’t get the memo” to show the game, despite a team from Ulster playing in the final.

On Saturday afternoon BBC Two Northern Ireland showed highlight coverage of the LUSH! Classical event in 2019 and PGA Championship Golf, which was held in England.

It’s understood around 90 per cent of Northern Ireland’s population are thought to have access to RTÉ currently. However, last month there was further anger after coverage of Tyrone’s semi-final match against Kerry at Croke Park was cut off to some viewers.

And the lack of coverage by the British broadcaster led to Ms Ennis hitting out at the BBC in a tweet on Monday.

In a video uploaded to the social media platform, she said: “If you’re lucky enough to be able to afford Sky TV or if you live in a certain part of [Northern Ireland] where you can access RTÉ, then you would’ve seen Tyrone lift the Sam Maguire and win the All-Ireland on Saturday.

“The folks down at the BBC, however, didn’t seem to get the memo that Tyrone were playing in the All-Ireland final.

“This is just the latest snub by the publicly-funded broadcaster of gaelic games and it really highlights the serious problems there are at the BBC in terms of their gaelic games output.

“I’ve met the BBC, RTÉ, GAA and Ofcom on this. GAA have told me they’re open to discussing club games, deferred coverage, highlight/MOTD type shows with BBC but the will to do it must be there from within the BBC.”

In December 2016, the GAA and broadcasters signed a deal for coverage of the football and hurling championships up to 2022.

Under the terms of that agreement, BBC Northern Ireland can broadcast live and deferred coverage of Ulster Championship games – but is not permitted to show the latter stages of the All-Ireland championship.

And a BBC spokesperson said the broadcaster was “committed” to providing their audiences with the “best possible portfolio of sports across our platforms”.

In a statement, the BBC said: “BBC NI’s current rights agreement with the GAA runs until 2022. While BBC NI can show matches in the men’s Ulster Senior Football Championship on television, the current contract does not allow BBC NI to show matches or highlights packages in the All-Ireland series.

“Live commentary of the Tyrone and Mayo match was available across BBC Radio Ulster/Foyle and BBC Sounds.

“We also focused on the build up to the Final last week across BBC Northern Ireland output including features on BBC News NI, BBC Radio Ulster/Foyle and across our digital services.

“And we shared Tyrone’s celebrated win with interviews and features throughout the weekend and yesterday (Monday, September 13th) across all our platforms including BBC Newsline, BBC Sport NI and digital channels.

“We are committed to providing our audiences with the best possible portfolio of sports across our platforms within the context of a highly competitive sports rights market, budgetary pressures and competing demands across our output/content.”