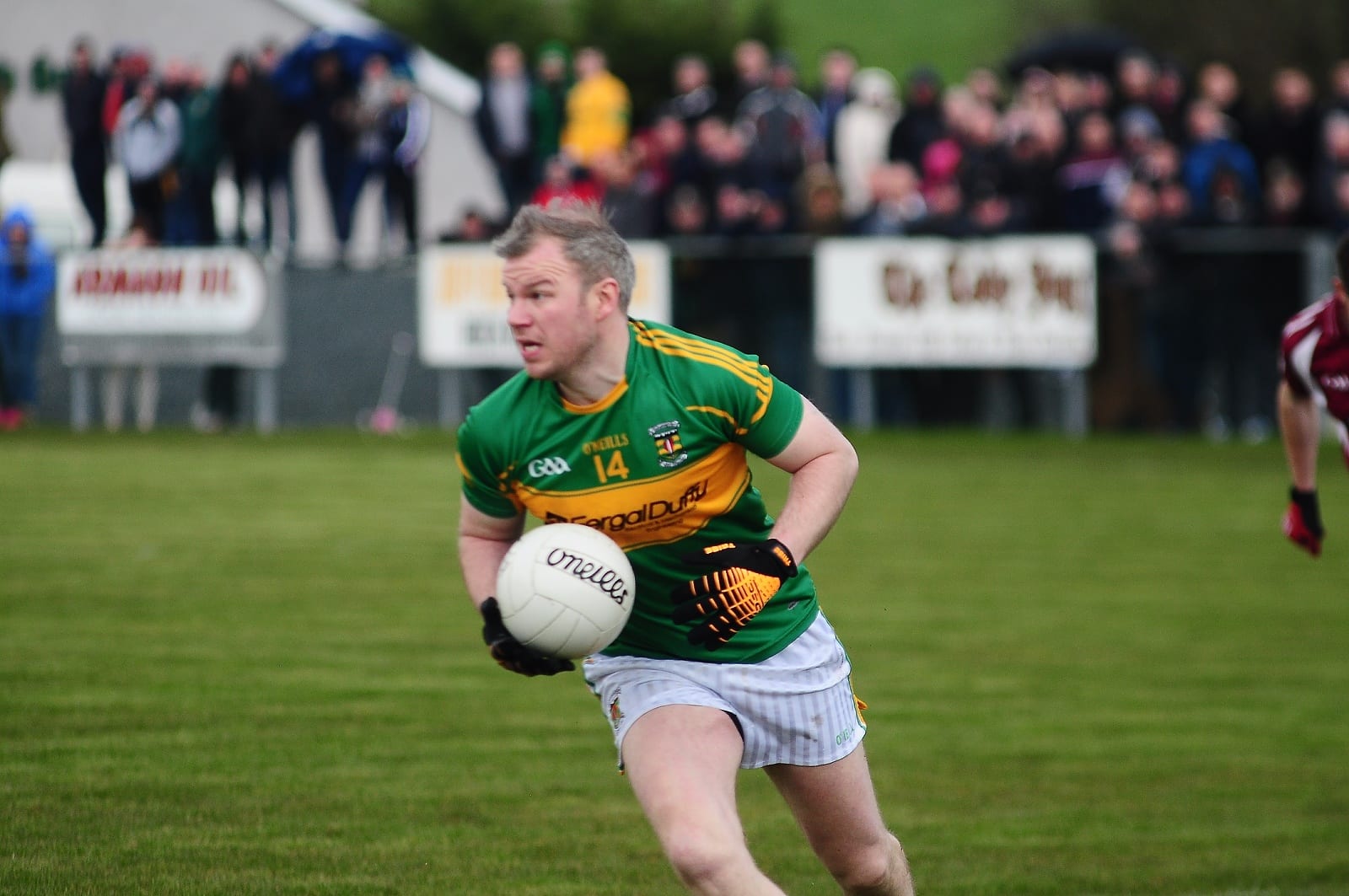 Pearse Og continued their unbeaten start to the season with a deserved win away to Granemore this evening.

Conor Clarke opened the scoring after five minutes before Chris Rafferty, Marc Cullen and Ronan Clarke made it 4-0 after 20 minutes.

Things were looking bleak for Granemore who were struggling to penetrate the Ogs defence with any meaningful attacks. Rafferty and Cullen added another two points before Granemore finally registered three minutes before the break.

A lapse in the Ogs defence allowed substitute Jason O’Neill to play in Peter Carr who squared it to the unmarked Declan Doyle who in turn palmed the ball beyond the onrushing goalkeeper.

Conor Clarke responded with a well-worked point to leave four points in it at half time. Score at HT: 1-0 to 0-7.

The home side were much improved in the second-half and started quicker after the interval with Doyle adding his, and Granemore’s first point of the game.

However, Conor Clarke, Ross Clarke and substitute Anto Duffy extended the lead before the Granemore ‘keeper made a howler, gifting Marc Cullen the easist of tap-ins to put the city side out of reach.

Declan Doyle added another goal almost immediately to give the hosts a glimmer. A high awkward bouncing ball was once again palmed home by the full-forward. He then added a free minutes later.

Granemore’s Conrad Keenan and the Ogs’ Ross Clarke traded points before Jason O’Neill (twice) and Gary Carr reduced the deficit to four with just minutes remaining but Pearse Ogs tagged another point on in injury time to take all two points on offer.