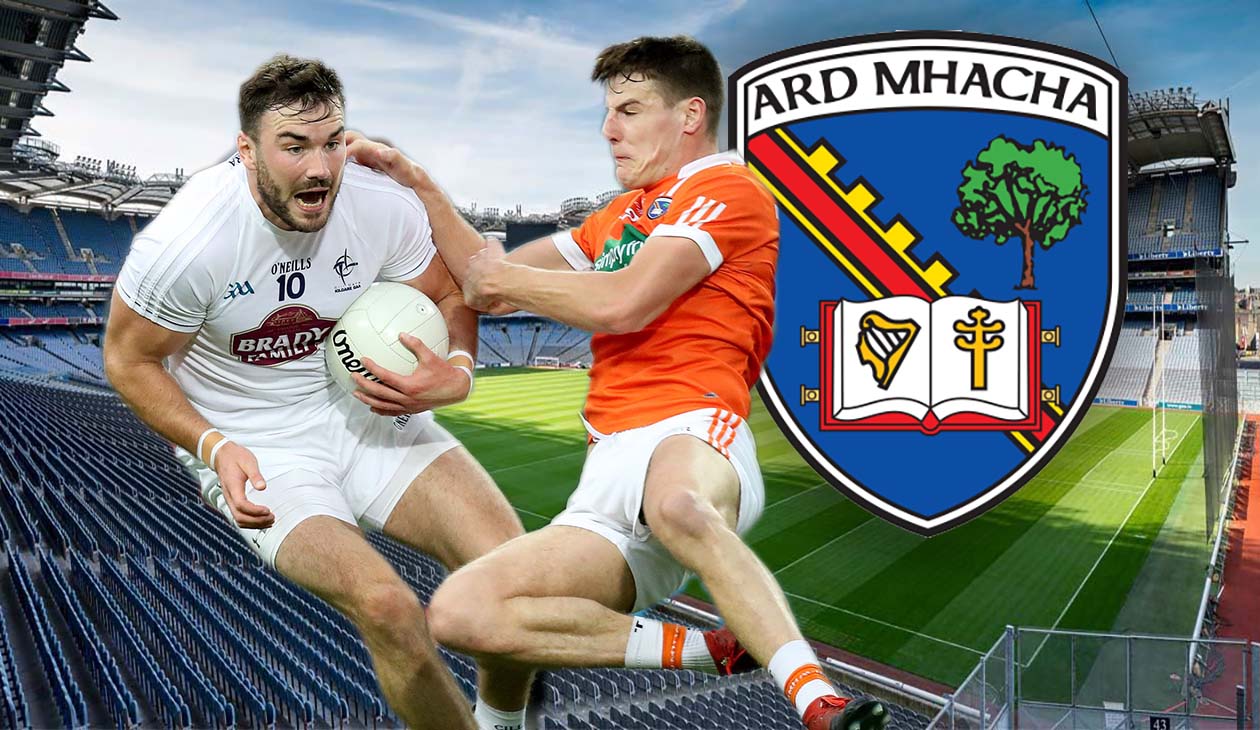 Armagh have booked themselves a place in the All-Ireland quarter-final after a sensational victory over Kildare at Croke Park on Saturday evening.

The Orchardmen will now face the reigning All-Ireland champions Dublin or Ulster rivals Tyrone in their first last-eight tie since 2014.

A second-half Jamie Clarke masterclass propelled Armagh over the finish line in what was a pulsating end-to-end clash at HQ.

Despite some Kildare purple-patches, it was Armagh’s superior finishing ability – and Andrew Murnin’s first half goal – which decided this contest.

It was a frantic start to the game with Keith Cribben opening the scoring for the Lilywhites inside the opening 60 seconds before the impressive Murnin ended his recent drought with a high, looping point.

Gavin McParland slotted over an easy second, ending a move which began with a Blaine Hughes kick-out.

Jamie Clarke and Rory Grugan helped Armagh open up a two point lead before Kildare ‘keeper Mark Donnellan score an exquisite 45′, however, he was lucky to remain on the pitch moments later when he body-checked Murnin. The referee issued a yellow.

As has been customary this summer, Niall Grimley thumped over a free and moments later Aidan Forker scored one of the points of the game. It was patient build-up from Armagh who swept up another Donnellan kick-out, with the Maghery man opting to shoot with the outside of his left from the narrowest of angles.

Then came the Kildare purple patch, with four unanswered points; Niall Kelly hitting their first score from play after 25 minutes.

Feely, Paddy Brophy and Ben McCormack were responsible for the other three as the Leinster-men threatened to expose Armagh.

Stefan Campbell ended a barren 12 minutes with a trademark effort from distance.

Then came a little inspiration from captain Rory Grugan whose footwork and movement created a small opening for Murnin who shot at Donnellan; the initial shot was blocked but the St Paul’s clubman made sure his trickling effort crossed the line with an emphatic finish into an empty net.

This was well and truly advantage Armagh. McParland added another soon after, off-balance and falling. Brilliant stuff from the Ballymacnab man.

Niall Kelly pulled one back for Kildare right at the end of the half.

Jamie Clarke set the tone for his mercurial individual second-half performance when he opened up his account directly after the throw-in following the restart.

A Kevin Feely free was then cancelled out almost immediately when substitute Joe McElroy fired over from close range.

Once again, four unanswered Kildare points shook McGeeney’s men but it was Clarke who steadied the ship, if only temporarily, with a beautiful individual effort on 48 minutes.

Fergal Conway gave the Kildare the lead with two points in quick succession. McParland fired over an effortless left-footed shot to pull the sides level again.

Ciaran O’Hanlon entered the fray and clearly felt he had something to prove; his tackling somewhat reckless at times but it was his brute strength and physicality that allowed him to dispossess a Kildare attack, setting up Clarke for his third.

Donaghy was excellent in full-back for Armagh and capped his performance with a well-taken point following another patient, slow approach by the Ulster side.

A Feely free reduced the deficit to the minimum but if Aidan Forker’s effort in the first half was good, Rafferty’s in the second eclipsed that and more.  Out of nowhere the 6’4’ giant unleashed a monster effort from 45 meters, out on the right to give Armagh an important two-point lead.

Armagh march on into the quarter-finals and with performances getting better as the championship progresses, the third Sunday in September is becoming more and more realistic.

Kieran McGeeney will be delighted to have put his former side to the sword and will eagerly await his side’s next opponents in tomorrow morning’s draw.