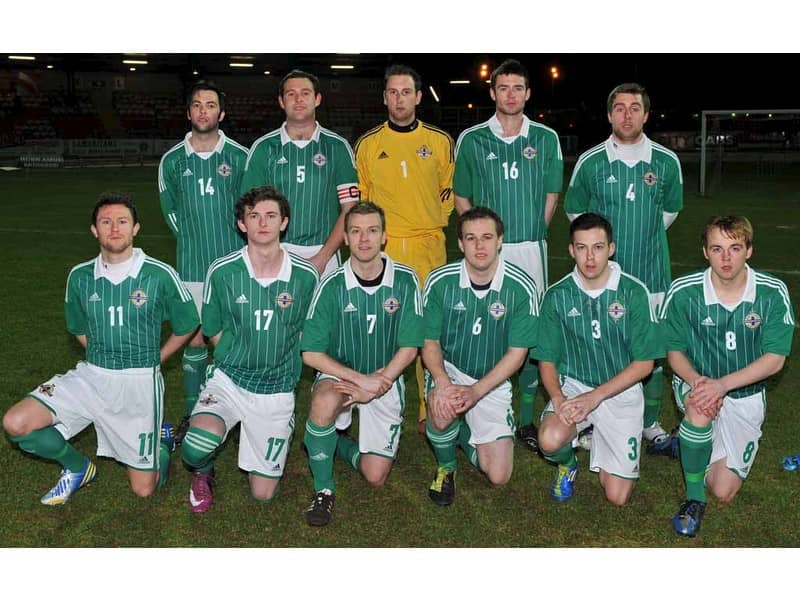 For the 22-year-old local player will be part of the Northern Ireland Regions squad taking part in the EUFA-sponsored Cup tournament.

From March 6-10, Ultan (pictured with the team, back row, extreme left) will be in line to face hosts San Marino, Jersey and representative teams from Leinster and Munster.

His selection is the result of outstanding performances for Armagh City in the Belfast Telegraph Championship Two over the past year, mostly as a central defender, although he has also starred in the right wing-back berth for his home club.

Ultan is naturally proud of his selection, but the laid back six-footer quietly commented: “I am looking forward to the tournament and hope to do well.”

His NI squad have played two important warm-up games recently and remain unbeaten before their trip to San Marino.

Last week they defeated a Derry City side 2-1 and then earned a 1-1 draw against another top southern Premier League outfit, Dundalk.

This will give them confidence and stand the team in good stead for their diffiicult encounters in San Marino.

While Ultan will represent City in the NI squad, he is not the only local player making the trip.

For Loughgall FC will be represented in the Regions side by attacking midfielder Jeff Brady, who had also been receiving rave reviews for his displays with the Villagers this season.

All at Holm and Lakeview Parks will be wishing both players well during their endeavours in San Marino!

Picture by Gary Hancock, with thanks.