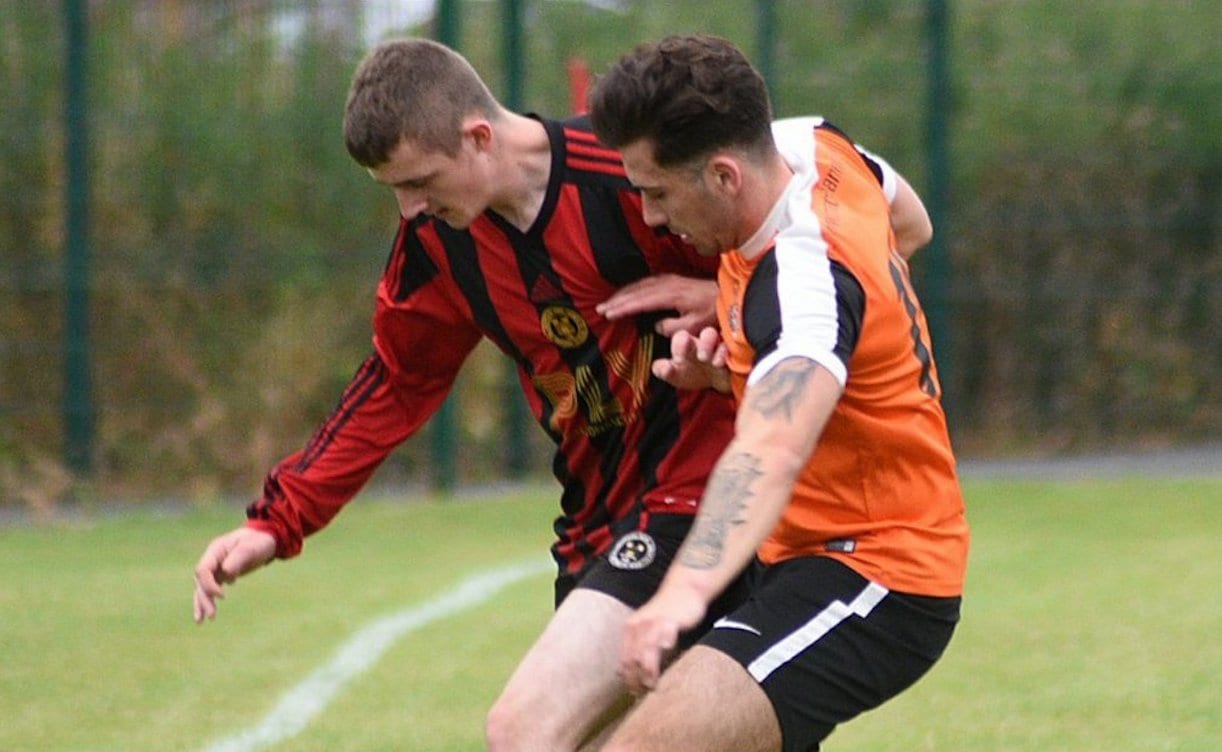 Last year’s beaten finalists returned to the competition and displayed a committed and determined performance running out as comfortable winners after having went in at half time with a lead of 3-0.

The game kicked off with both teams fighting for every ball in midfield and it was only after 10 minutes when Mark Bicker opened the score when he hit the back of the net with a left foot drive from 20 yards.

Tandragee went two up eight minutes later when Raymond Harper converted a 25 yard free kick with a shot into the top corner, giving the keeper no chance.

Although Tandragee continued to press forward and were unlucky not to go further ahead it was Hillsborough who nearly pulled one back on 35 minutes. Shane McAvoy’s overhead kick hit the crossbar with the rebound being driven across the face of the goal but no Hillsborough forward was on hand to connect with the cross.

Tandragee immediately counter-attacked and Bicker was on hand to slide the ball home from close range.

The second half saw Bicker miss a golden opportunity to make it a hat-trick when his front of goal effort went past the upright.

However, the same player was running the midfield and on 55 minutes it was 4-0 when a defence splitting cross was finished off by Jason Dickson.

Further opportunities followed but failed to capitalise on their possession and it was Hillsborough who were able to pull one back with a left footed effort from McAvoy before the final whistle.

Tandragee will now meet newly promoted Intermediate League A team Laurelvale FC on Wednesday, July 25, which should be a tightly-contested match.