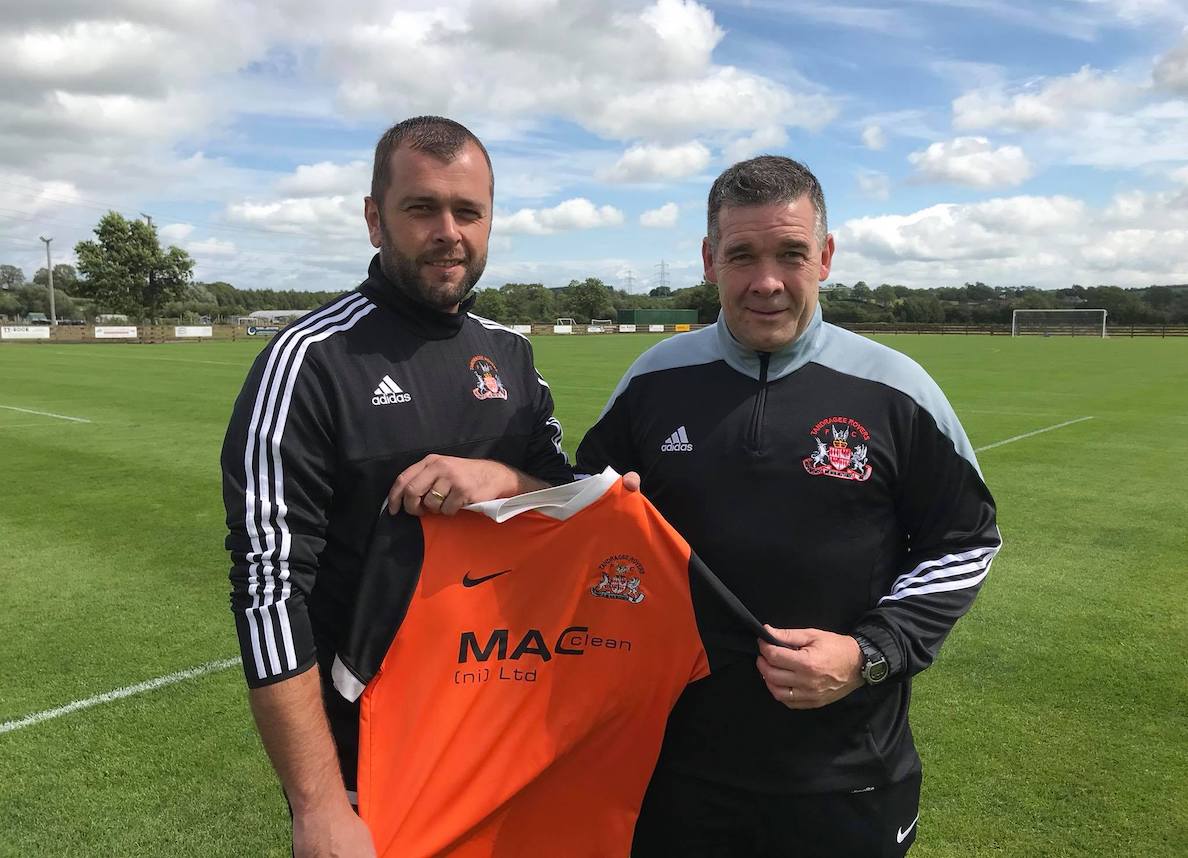 Tandragee Rovers require a “total rebuild” according to their new boss Neil Rowntree.

Rowntree (pictured right) spent 23 years playing for the Co. Armagh club but returned in August to take over as manager alongside Gary McGee.

Tandragee lost 12 players during the summer, which has left Rowntree believing that the team needs a “total rebuild” as they sit eight in the Mid-Ulster Intermediate A.

This, he hopes, will be established by putting faith in youth, with his side being made up of predominantly reserve team players from last year as well as a sprinkling of under 19 players

“I have not been disappointed; you are going to have good days and bad days with young fellas, but we are willing to accept that,” Rowntree admitted.

“The young players and senior players that stayed aren’t letting the club down”.

He added: “There are no egos there; the senior players have taken the younger ones under their wings”.

Speaking on his appointment last month, Rowntree, said: “I was at Tandragee for 23 years and when I left them seven years ago I went into management. This was a call and I wasn’t going to turn it down.”

Despite claiming the Mid-Ulster League as recently as 2015, Rowntree believes the objective this season is to remain in the top tier while his re-build take shape ahead of next season.

And that aim will continue ahead of a crucial six-pointer with local rivals Laurelvale, who sit 13th in the division, just four points off Tandragee with a game in hand.

“Both teams will want to win and league positions don’t matter when it comes to a local derby,” said Rowntree.

“It’s probably been seven or eight years since there has been a Laurelvale–Tandragee derby, with Laurelvale winning the Intermediate B last year.

He added: “It won’t be easy as both teams will want to come away with three points and bragging rights.

“They are a hard team to beat and have had a hard start like ourselves; no doubt about it the game on Saturday is massive for both clubs.”

Laurelvale host Tandragee Rovers this Saturday for a 2.15pm kick-off.