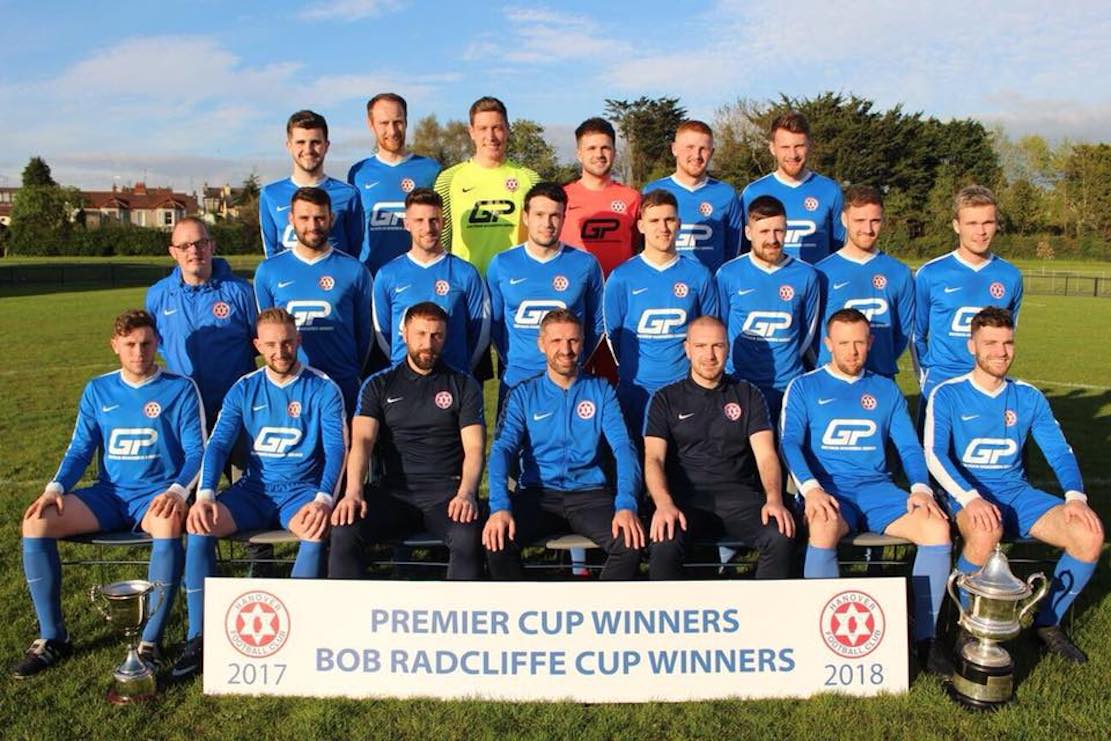 Hanover FC sit top of the Intermediate A in the Mid-Ulster Football League, but their assistant manager insists they are not yet firing on all cylinders.

The Portadown side have had an unprecedented start to this season having lost only one over their opening ten games in the league.

Add to this is a home tie against St Marys in the semi-final of the Premier cup and it would appear a historic campaign could be on the cards.

All of this comes off the back of last season where they may have not performed in the league but came away with two trophies; including the Premier cup.

Assistant manager, Dean Crowe, speaking to Armagh I, said: “We are top of the league at the moment, but I know Crewe are still considered favourites.

“They have a lot of resources, a lot of experience and have brought in a number of players from Cliftonville”.

Hanover have lost only one league fixture this season, but that loss came against the unbeaten Crewe, just a few weeks ago.

“We are going quietly about our business, we are still not firing on all cylinders and probably not playing to the best of our capabilities,” Crowe admitted.

“We are always quietly confident this is where we wanted to be at the start of the season, but we are getting by with seven out of ten performances and there is much more to come.”

He stated that one of the main setbacks for the team has been consistent injury problems.

“We can’t get a settled team because of niggles and injuries, there were a couple of long-term injuries at the start of the season who are only starting to come back now.”

Hanover have shown their credentials, ending a considerable trophy drought with the Premier Cup last season, but their manager wants to see silverware on a consistent basis.

Crowe stated: “We want to get consistency in winning trophies because we hadn’t won any silverware in maybe around 10 years and won two last year.

“We play St Mary’s at home in the semi-final and need to focus on that game first although and with Crewe in the other fixture, it could be a very tasty final.”

Hanover are away in the league this week to Tandragee Rovers who find themselves in ninth place in the Intermediate A.

Crowe insists that he will not be taking anything for granted.

“Tandragee have not had the best of starts to the season,” he said.

“But a lot of our boys would know the ones at Tandragee, or would have previously played for them.”

Crewe have three games in hand over Hanover and sit just four points behind going into this weekend.

“Our aim is to get three points at any cost; Crewe have a lot of cup games and so have built up games in hand, so we are very mindful of that,” he said.

“We have three league fixtures before Christmas and we want maximum points to build a gap there.

“They may have games in hand, but we want to have the points on the board.”