Second Premier League scalp too much for Armagh 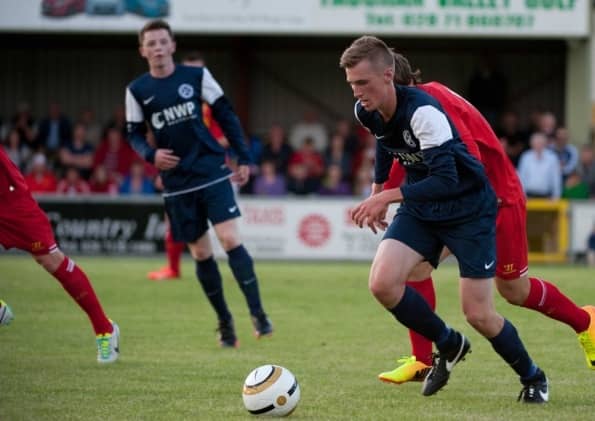 A second English scalp in as many days proved a task too far for County Armagh in Tuesday’s Premier Section programme.

However, the 2-0 defeat to Newcastle United – off the back of Monday’s memorable 3-2 success against Liverpool – offered plenty of encouragement to County Armagh officials.

“We conceded in the second half after switching off for a second then the final goal was scored in the closing minutes,” said Dean McCullough, the County Armagh Milk Cup Association chairman. “It was an even game overall and we certainly matched Newcastle for the first hour.

“There was probably not an awful lot of difference between the sides, although we maybe did not create that many chances.

“The guys in the back four looked very solid and the goalkeeper handled everything well.”

Aaron Duke – a former Portadown player – came close with a late header. Christian Stewart and Scott Rae – both from Portadown, the former at Shamrock Park and the latter with Glenavon – were selected as leading individuals for County Armagh.