PSNI to stage month-long football camp for kids in Newtownhamilton 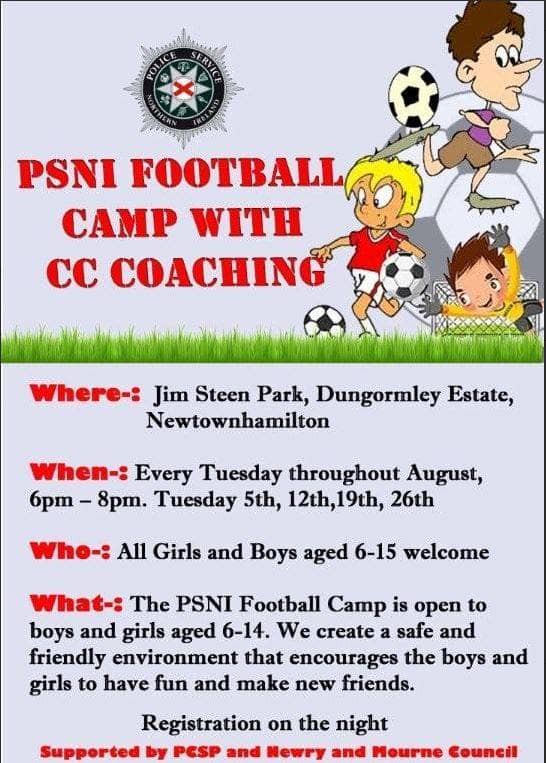 Boys and girls in Newtownhamilton are invited to come along to a football  camp at Jim Steen Park, Dungormley Estate, during August.

Organised by the PSNI, in partnership with CC Coaching, and supported by Newry and Mourne Policing and Community Partnership and District Council, the  camp will run every Tuesday during August from 6pm to 8pm. Boys and girls aged  between six and 18 years old are invited to come along and register on Tuesday,  5 August at 6pm.

Constable Conor O’Hara, South Armagh Neighbourhood Policing Team, said: “We  wanted to provide some activity for young people in the local area over the  summer months and thought that football tied physical exercise and team building  skills together nicely. Young people are often perceived to be involved in  antisocial behaviour when they are just hanging out so we wanted to provide a  safe place for them to come together and spend time with their friends.

“We are looking forward to the football camp and meeting lots of young people  from the local area. I would encourage everyone to come along and make the most  of this fantastic project.”