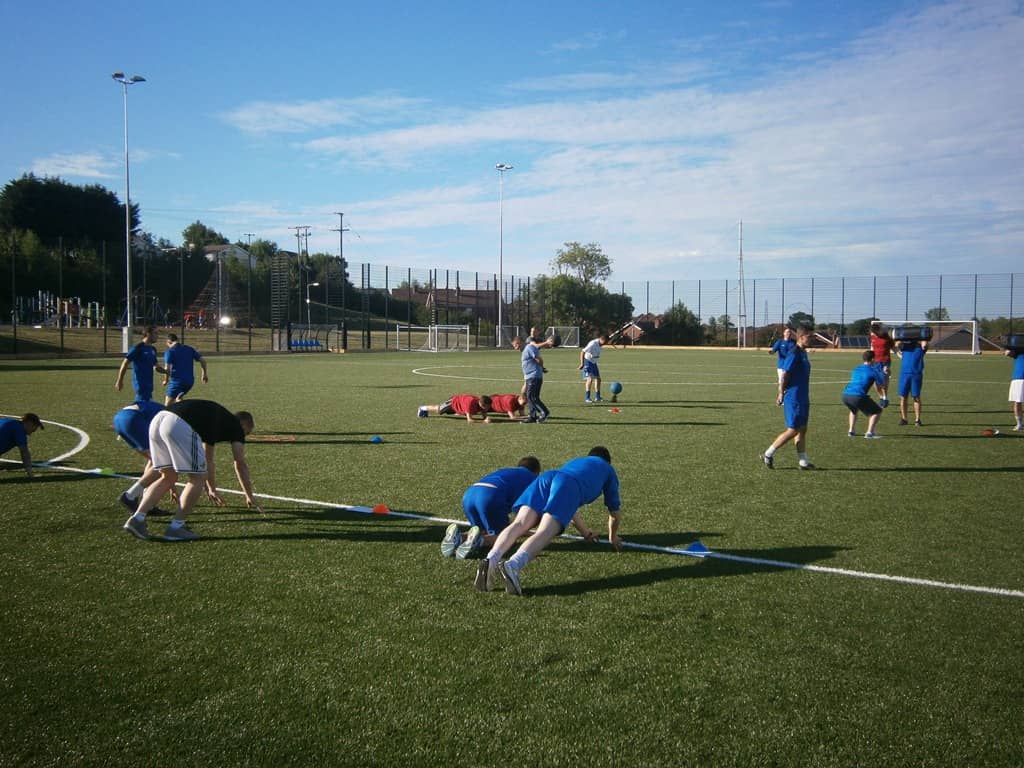 Hanover Football Club kicked off their pre-season training on the new 3G Synthetic Pitch at Tandragee Recreation Centre in preparation for the Mid Ulster Football League. They were the first team to participate in the new pre-season fitness training recently launched at the Centre.

The team fitness training involves a high intensity multi- functional workout designed to cater for team sports. The workout combines a mixture of cardio and high intensity strength exercises to help with explosive movements to enhance sports performance and speed. Hanover Football Club was very impressed with the intensity and structure to the training session. The 26 man squad were put through a specifically designed session which targeted their pre-season fitness needs.

Chris O’Connor, Leisure Attendant – Fitness Instructor at Tandragee Recreation Centre, commented, “Pre-season training is an important phase of training, it strengthens and conditions the body for the season ahead and reduces the possibilities of injuries. The Hanover team were on top form today and the weather was an extra bonus for the training session.”

The floodlit 3G pitch officially opened in June this year, it was funded by DARD’s Axis 3 Rural Development Programme, delivered by SOAR, along with match funding from Armagh City and District Council.

The pitch was developed using the latest synthetic turf and provides an excellent playing surface, enabling it to withstand multiple training sessions or matches every day of the week in all weather conditions.

For more information on the pre-season team fitness training or matches on the 3G pitch, contact Tandragee Recreation Centre by telephoning 028 38841110 or emailing trc@armagh.gov.uk