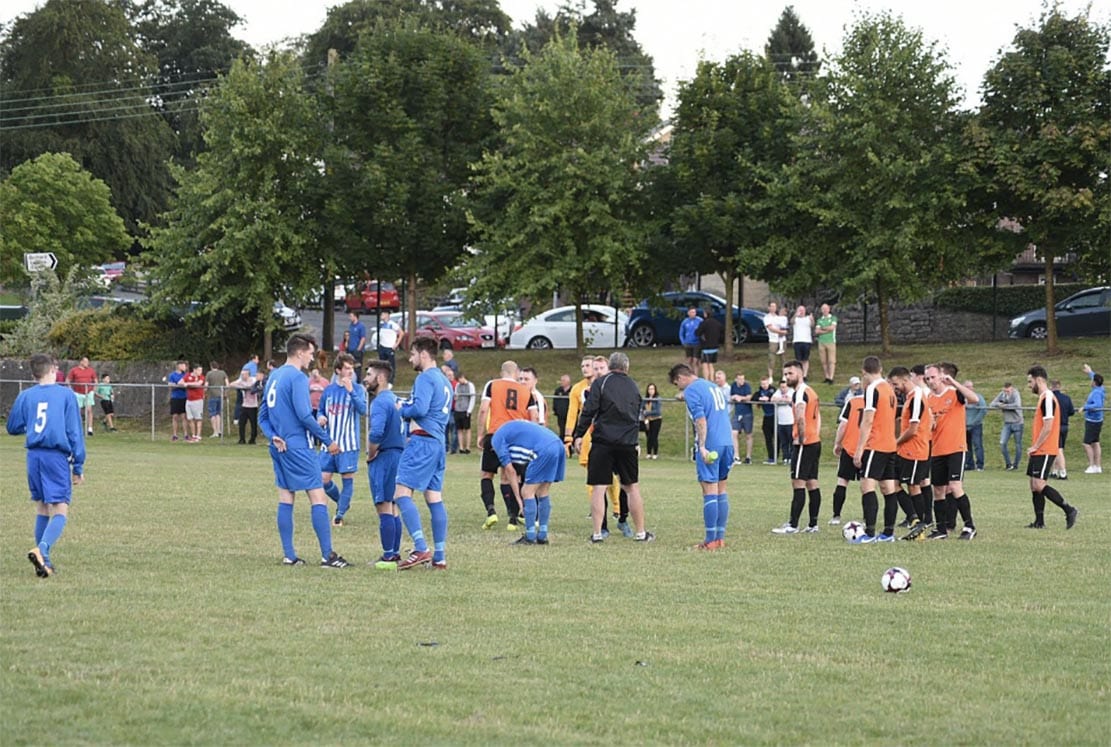 This hard fought highly competitive quarter-final had to be resolved with penalties as both teams as both teams couldn’t be separated after a period of extra time.

A large crowd turned up to watch this Armstrong Cup Intermediate League A clash and were entertained throughout the game.

Tandragee had taken the lead after seven minutes when man of the match Jason Dickson made a pin-point cross to Matthew Webb who headed the ball passed the stranded keeper from close range.

Laurelvale retaliated and were only denied an equaliser when Eoin Hughes made a great one-handed diving save from a goal-bound header.

However, Laurelvale were not to be denied and scored a deserved equaliser one minute later when the unmarked Nathan Stewart slotted the ball home at the back post following a long corner.

Laurelvale’s impressive Stewart added his second on 30 minutes when, having strode through the Tandragee defence, he calmly steered the ball just inside the upright and out of reach of the diving ‘keeper.

Tandragee should have equalised just before half-time but a close range intended header from a 25-yard free kick was misjudged and the opportunity went begging. Half time 2-1.

Tandragee continued to apply the pressure after the break and were rewarded with a deserved equaliser in the 65th minute when Matthew Webb, who was wide on the left flank, added his second with a 30-yard effort that sailed over the keeper and into the top roof of the net.

Tandragee continued to control the remainder of the half and were unlucky not to have scored the winner in added time when Jason Dickson’s effort shot across the face of the goal just missing the keeper’s offside post.

The first period of extra time saw Dickson being provided with two further opportunities however, his close range header missed the target and a shot on goal was well saved by the advancing feet of Laurelvale’s keeper, Mark McKinley.

No clear opportunities were created in the second period of extra time and when the game proceeded to penalty kicks.

It was Laurelvale who got the upper hand scoring four out of their five penalties with McKinley saving two out of the four Tandragee efforts.

During the game a total of seven players were deservedly booked, most of which were through lack of discipline rather than foul play.

Laurelvale now progress to the semi-finals where they will meet Armagh Blues.