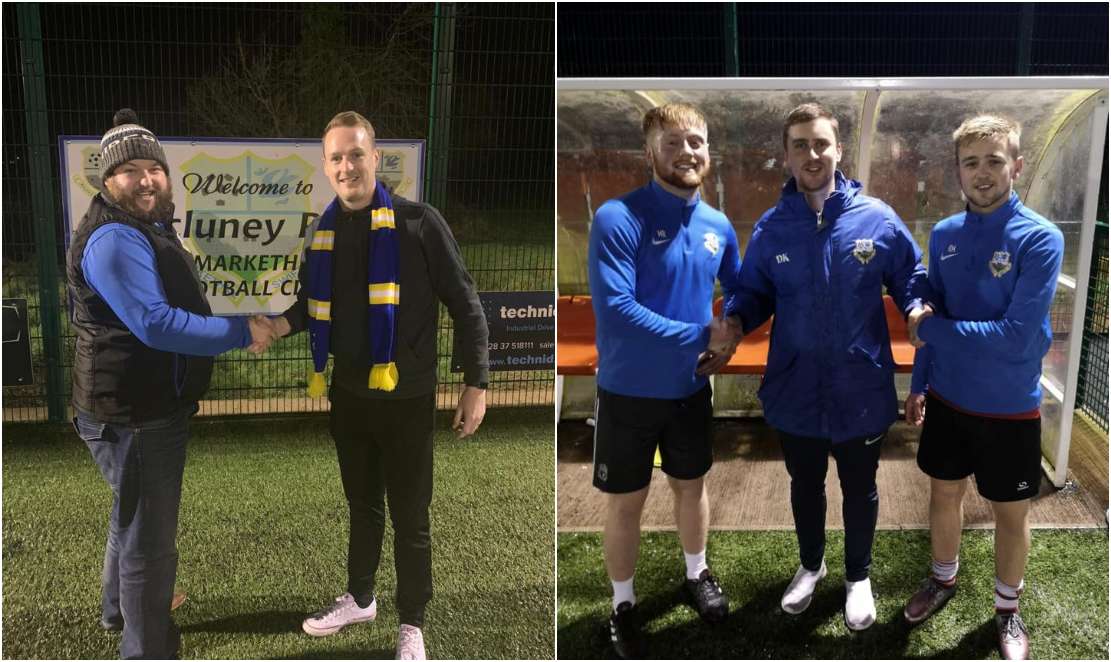 Top of the league and still in three cup competitions – silverware is well within the reach of Markethill Swifts FC this season.

Swifts have accumulated 28 points in the league so far and they sit top of the Intermediate B table – a point adrift of Dungannon Tigers – with their only reverse in the league coming as far back as September in a tense match that ended 2-1 away to fourth-placed Ambassadors.

Philip McComb’s side also found success – in a nail-biting penalty shootout win over Premier Intermediate side Portstewart in the Intermediate Cup back in December, setting up a third-round home tie against Carrick Rangers Reserves this Saturday.

The result was one of the biggest in the club’s history and it’s fair to say things are looking good for Swifts as of late, and their key to triumph seems to be the young talent in their squad at present.

Markethill manager, Philip McComb, told Armagh I that the average age of his side was just 21, and he believes this is a vital reason as to why his men are on a fantastic run of form.

“I think physically the boys definitely have what it takes to win trophies,” said McComb.

“It’s obviously been our goal from the start of the season to do so. Our youngest player this season was just 16 – but these are boys that have played for the club for three or four years – they’re always there when you need them and they’re keen to play.

“With 28 points out of a possible 33 in the league this season, the boys are doing really well.”

Ahead of Saturday’s cup fixture, McComb stated: “Our focus as a club is to win the league, but, with all trophies, we are always in it to win it.

“This game gives us a chance to change the line-up a bit and give other players a chance. I think with the quality in our squad we definitely have a chance of winning this match.”

Markethill Swifts FC will host Carrick Rangers Reserves this Saturday for a 1:30pm kick off.