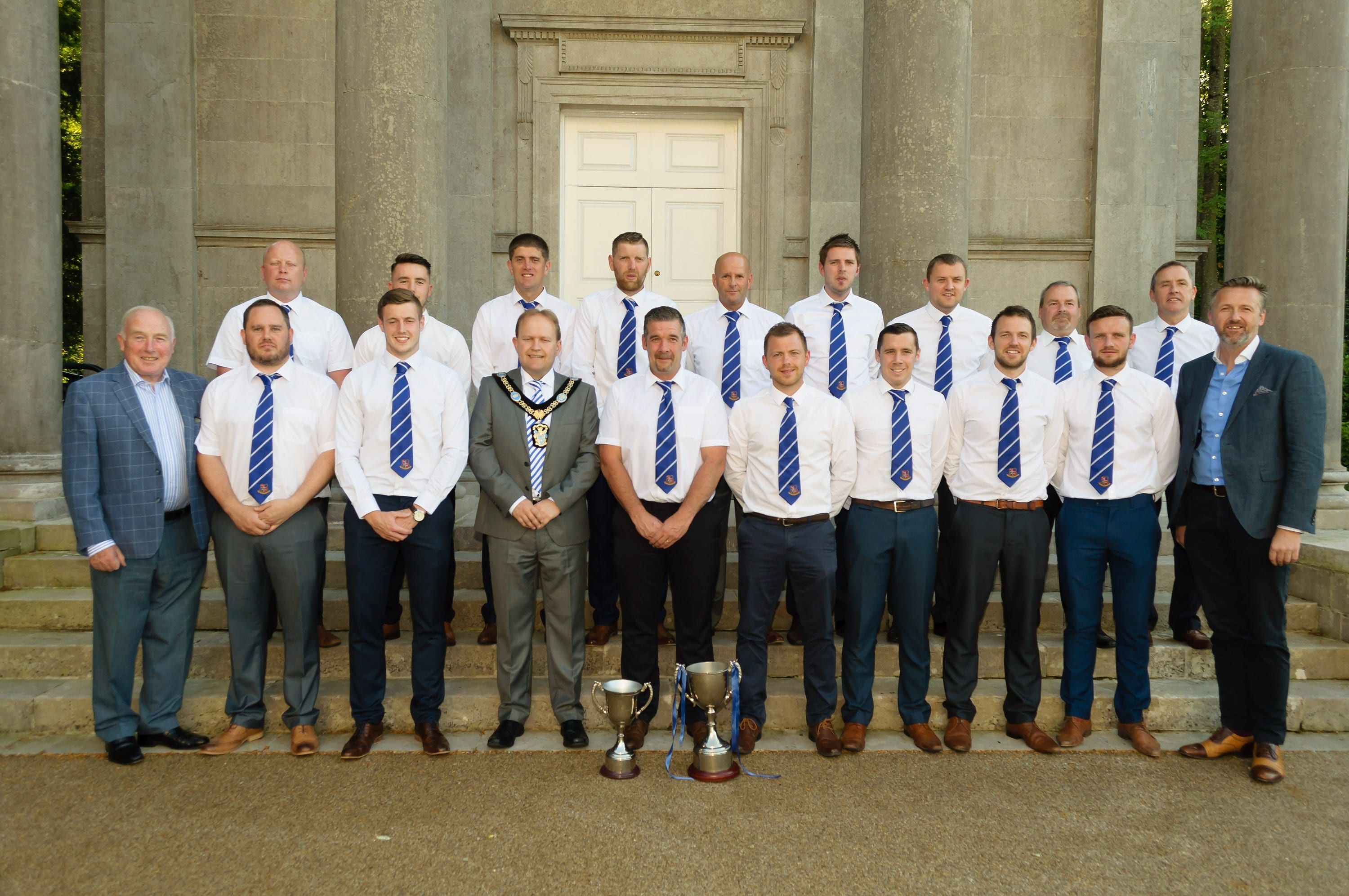 Players and management attended the event hosted to celebrate reaching the fifth round in the Irish Cup, being named Mid Ulster Intermediate B champions and winning the Alan Wilson Cup.

Lord Mayor Wilson said: “This is a fantastic achievement for Richhill Amalgamated Football Club, especially given that the team was only formed in 2016.

“The success reflects the dedication and hard work by all of the players and management team and I have no doubt they will continue to go from strength to strength in the future.”