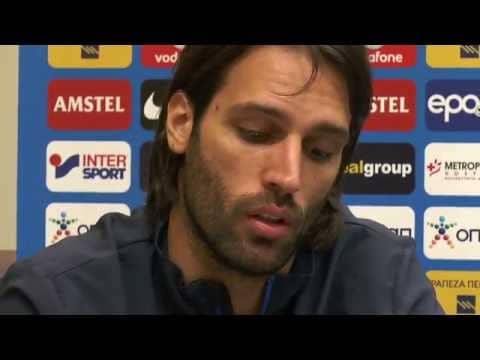 An 11-year-old boy from county Armagh, who has been been invited to the World Cup in Brazil by the Greece national team, has had to turn down the invitation as he is set to go on a family hoilday instead.

Jay is an avid Celtic and Giorgos Samaras fan and was carried onto the Celtic Park pitch by the Greek forward last month.

“Jay, I want to thank for you for the strength you give me. Your smile and support give strength to everyone in the national team. I hope to see you soon. I’m very, very proud that you are my friend,” Samaras said, at a press conference in Brazil yesterday.

However, the family were already  at the airport, to depart on their family holiday, when the call came in.

“Naturally we were unable to take up the offer and are so gutted, but truly grateful that people would do this for Jay. We cannot believe that this has happened and are so humbled and would like to wish Greece all the best in the World Cup,” his father Martin wrote on Facebook.

In a video message to his hero, Jay said: “Sami, I hope youse win the World Cup. And Sami, I’m sorry, I won’t be there but I still love you very much and I hope you win. Come on, Sami!”