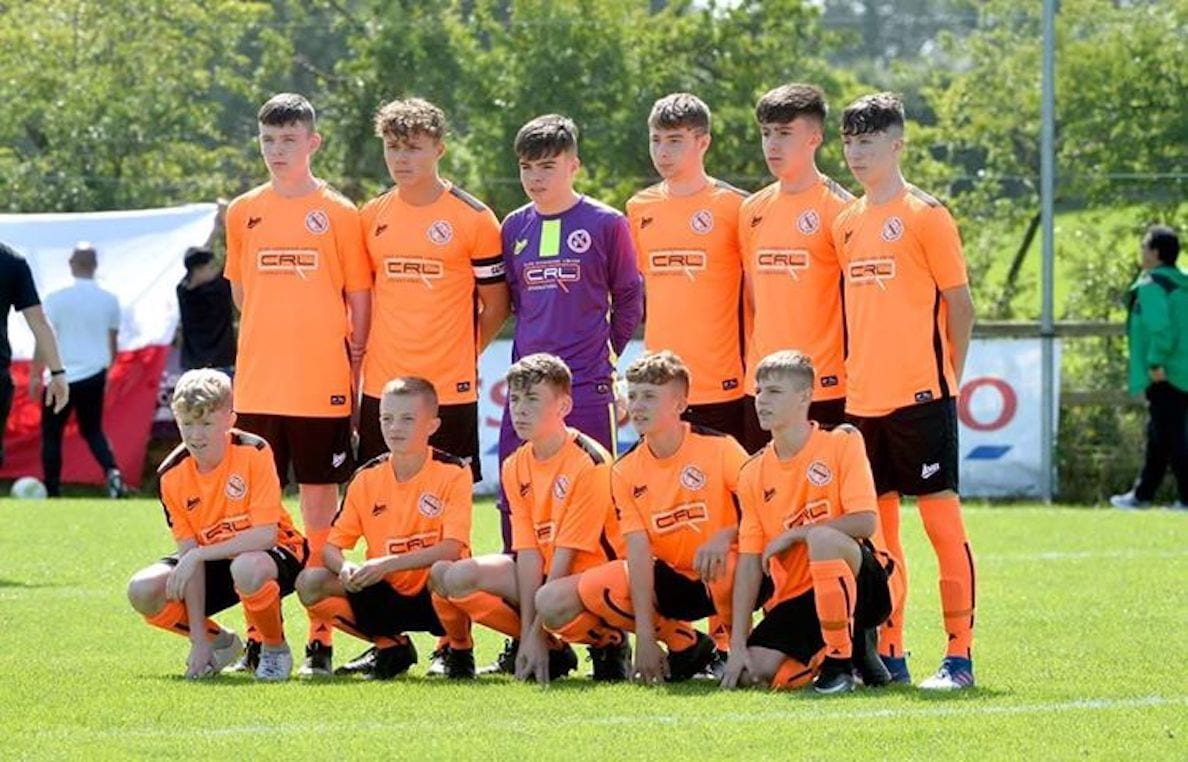 Co Armagh will take on Manchester United in the semi-finals of tonight’s Super Cup NI.

The Junior Section clash kicks-off at 7pm in the Coleraine Showgrands and a positive result could see the Orchard County make their first final, at any level, in the competition’s illustrious history.

Chris Chambers’s side booked their place against the glamour team of the competition with an impressive victory over Leeds United on opening night, which was followed up with a draw against Dundalk, before finishing off the group with a 2-0 win over Chilean side Colina.

Although Manchester United have never won the Junior (U14) section, they have a rich history in the competition, with seven titles in both the Premier and Elite sections.

The winners of tonight’s clash will play either Co Antrim – last year’s Junior winners – or Southampton in the final on Friday.

Good luck to all the boys, as well as the Co Armagh Premier Section team who play FC Edmonton in the Super Cup Globe semi-finals. That game kicks-off at 5pm in Broughshane.