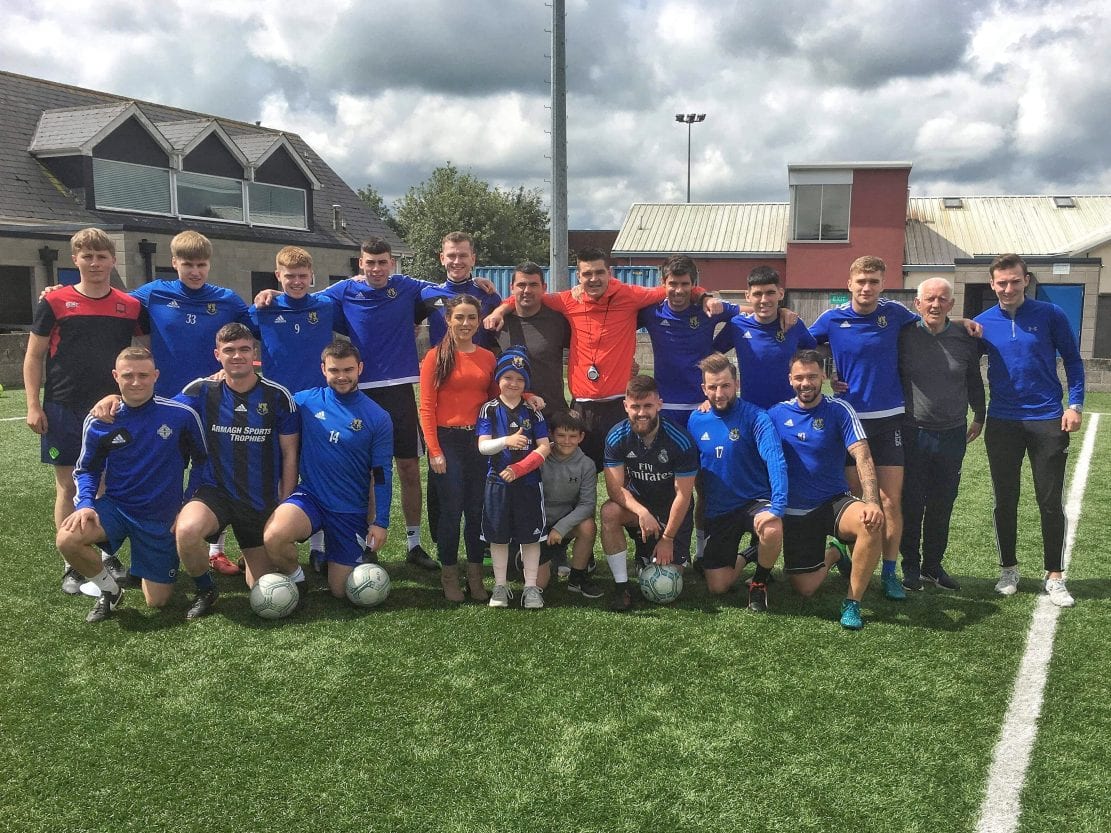 A young Armagh boy who broke both arms during a recent mini-soccer game was invited as special guest of pre-season training.

The fantastic gesture by Armagh City FC saw little Liam Burns invited along to the Club’s first team training event of the new season after his recent accident.

Liam was presented with a card from his team members wishing him a speedy recovery by the Club Chairman John Hynds.

He was also presented with a card from his team members by the Club Chairman John Hynds.

First team players Sean Mallon and Luke Grimley were also on hand to present him with a kit bag and some goodies courtesy of first team sponsors Armagh Sports & Trophies.

A fantastic effort by all at the club and we wish Liam all the best in his recovery too.