City hope for big draw in Irish Cup fifth round 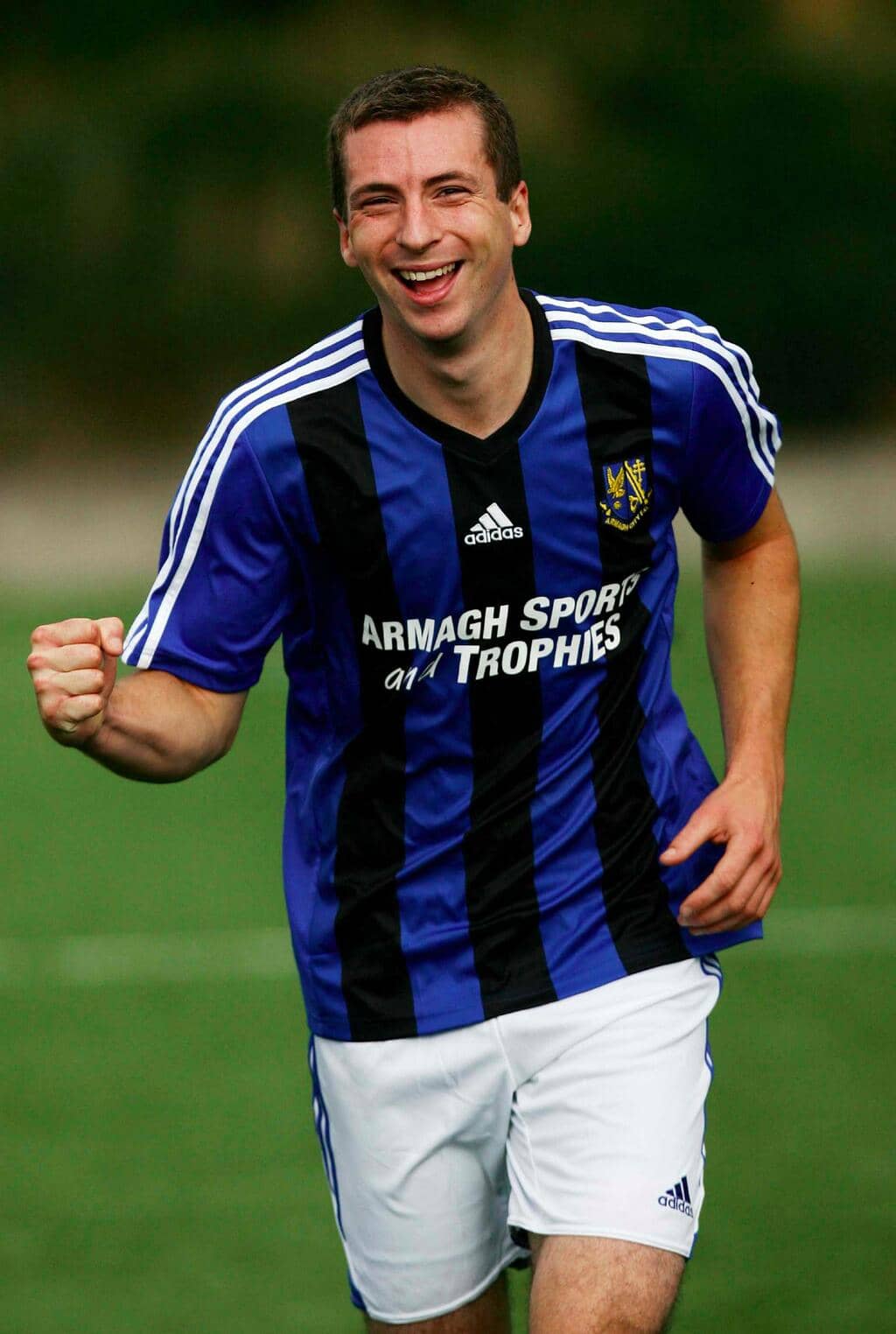 Armagh City will have local bragging rights after their fourth round Irish Cup victory over derby rivals Loughgall.

The Holm Park side left it late but two goals in the final 10 minutes deservedly gave them the spoils.

Both scores came from prolific striker Steven Murray (pictured), who got on the end of a long ball and outpaced two Loughgall defenders before placing a low 15-yard shot under onrushing village goalkeeper  Jamie McArdle. And, in injury-time, he rounded off a superb performance when he lashed the ball home from close range after McArdle diverted a Gareth Grimley shot into his path.

Loughgall began the match well and went close when an Aaron Haire shot crashed into the side-netting. However, on 15 minutes, the unlucky village striker damaged his knee and had to be carried off the pitch.

He was replaced by Daniel Ryan who came on and had a lively game for the visitors.

The match was often cagey and, at times, dour, but City just about held the upperhand throughout, played the better football and created slighly more chances.
Murray and Matthew Hynds went close for City midway through the opening period, while Ryan went close for the visitors during the scoreless first-half.
After the break City dominated more and had three great chances to open their account through Hynds, Ultan Lennon and Eamon Kelly, who was denied by a superb save from McArdle.
But Geoff Brady and Steven Ferguson hit back for Loughgall and only two full stretch saves from City ‘keeper Sean Morgan kept them at bay.
Then came the 80th minute breakthrough as Murray finally got the better of the Loughgall back-four in which 39-year-old stalwart Johnny Montgomery was outstanding.
However, there was nothing he could do to prevent the scores as City deservedly progressed into the fifth round of the tournament.
The match was sponsored by Tricam Caravans, Dromore.
Armagh City remain in cup action at Holm Park  this Saturday, December 14, in the Intermediate Cup against Dunloy. Kick-off is at the earlier time of 1.30pm.