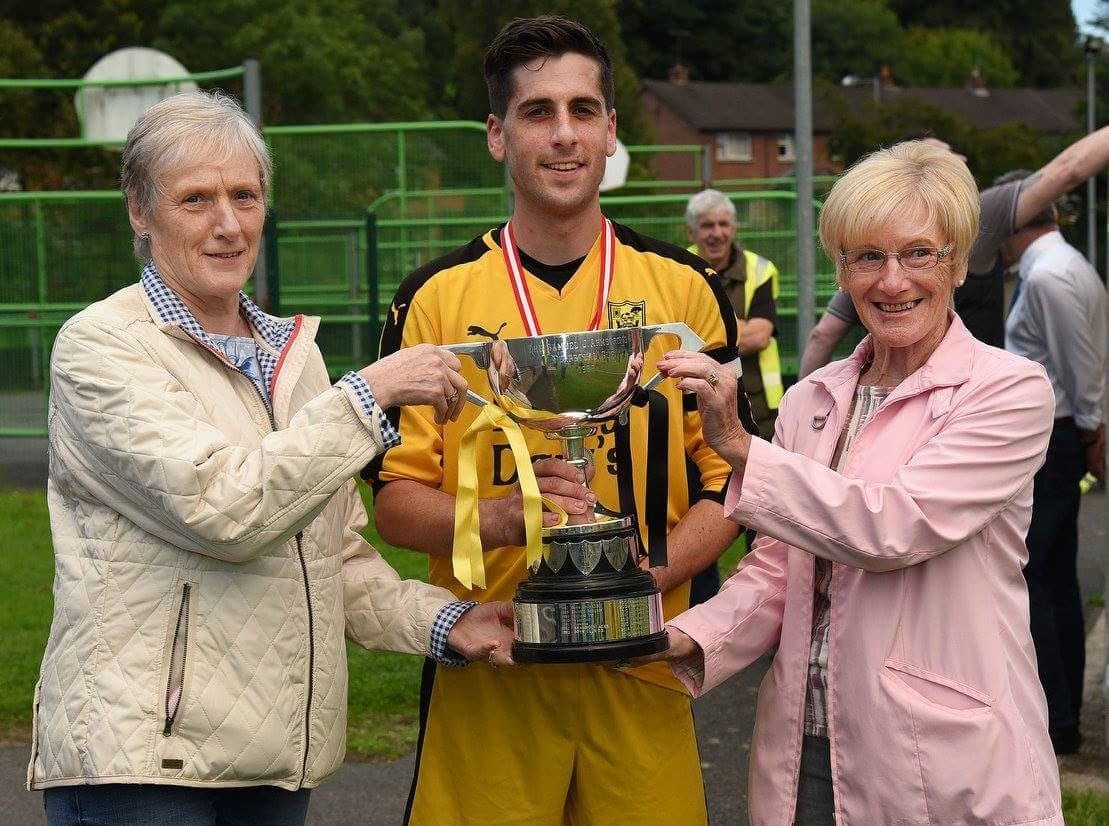 Tandragee started the brightest with only five minutes into the final when Jonny Black fired a low shot across the face of the Caledon goal from a tight angle, just going wide of the far post.

In the 12th minute, and with Caledon beginning to settle, Ashly Elliot struck a left foot shot from the edge of the penalty
area and McGivern in the Tandragee goal failed to hold the effort; Caledon’s Simon Robb was alert to the rebound and pounced to make it 1-0.

Only minutes later Tandragee had another opportunity to equalise when Matthew Webb crossed from wide on the touchline and it was met with a glancing header from Black, who again failed to hit the target.

With Tandragee chasing the game they got a deserved equaliser on 33 minutes when Eddie Irwin darted in from the left wing and evading the Caledon challenges, he was able to hit his cross over the head of the Caledon keeper and it nestled in the top corner of the goal to leave the score 1-1.

The referee was on top of things when he cautioned Elliot for a clumsy challenge just before half-time with the game remaining level.

Just after the interval Caledon’s Jay Little had a great chance to score when he broke clear of his marker and found himself 10 metres from goal, he took the opportunity early and his weak attempt to lob McGivern was in the end, a wasted chance to put his team ahead.

Just before the hour mark and with the match fairly even, Caledon had a throw-in down the right hand side and level with the penalty spot, the long throw was flicked on by Martin McGuire and from two metres out, the ball was headed into the Tandragee net by Little to put Caledon 2-1 in front.

At this point the game became fought in a congested midfield area with neither side creating clear cut opportunities.

In a frantic final 10 minutes both teams reverted to playing long balls with Caledon being well marshalled at the back and they reduced Tandragee to few efforts on goal.

Caledon nearly increased their lead when one of their long balls created a scramble in their opponents goal mouth and McGuire just failed to push his effort over the line in the 85th minute.

This was the final action of an enjoyable Cup tie, which in the sunshine was played out in an sporting manner which was a
credit to both football clubs.

Congratulations to Caledon for coming out as winners with a scoreline of 2-1.