Keady Celtic and Hanover bowed out of the competition 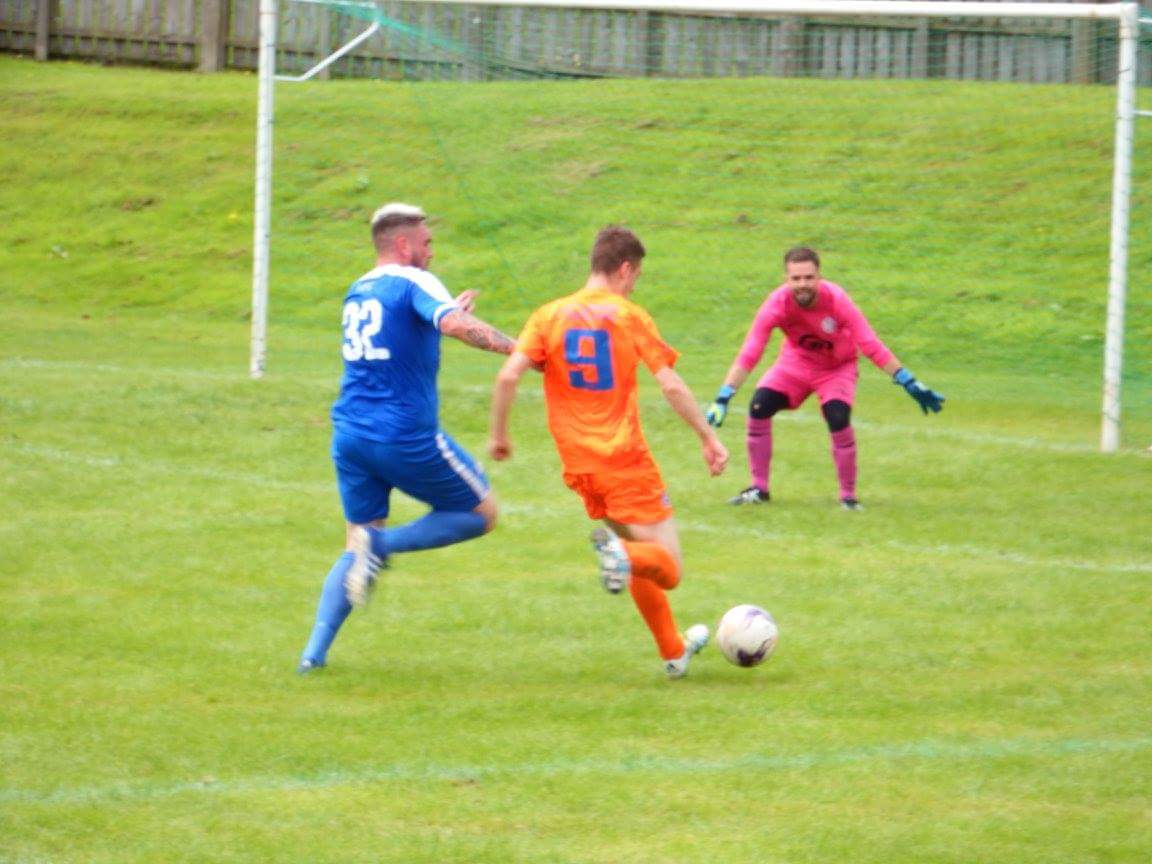 Annagh Strollers and Loughgall United Reserves booked their places in the last eight of the Armstrong Cup on with victories in Saturday’s two last-16 ties.

Strollers had exactly a that – a stroll – with a comprehensive 6-1 victory over an inexperienced Keady Celtic side while Loughgall had to come from behind to see off Hanover in the late game at Mill Field.

The early game saw the Portadown side Annagh get off to a flying start with a goal inside a minute against the shellshocked Keady side. Jamie Stothers converting his opportunity.

They doubled their lead eight minutes later when Rian Devlin raced clear of the defenders to slide the ball under the advancing McKinley in the Celtic goal.

On 19 minutes Curtis Bane hit a half volley from 20 yards which deceived the Celtic keeper to put Annagh 3-0 ahead.

The same player on the half hour mark nearly repeated this feat, however, this time the Keady keeper was alert and punched the effort over the bar.

Bane was having a fine game and five minutes before the interval wrong footed McKinley to roll the ball into the net to leave it 4-0 at the break.

Both sides in the second period appeared to struggle to break resolute defending, in particular Keady’s Dan McDonnell was pulling the strings in his teams midfield and driving his side forward at every opportunity.

For his opponents the experienced Gérard Kerr was marshalling his defence with great organisation.

On 65 minutes it was McDonnell who danced his way past defenders to roll the ball across the six yard box for the effort from Conor McNamee, but his tame shot was straight at the Annagh keeper who made the save appear easy.

Two minutes later the Portadown men extended their lead when Devlin chased down a long ball and his well struck shot hit the net to make it 5-0.

Minutes later the same player was handed an excellent chance to claim his hat-trick but blazed a golden opportunity wide of the right hand post.

Keady refused to lie down and we’re rewarded with a consolation goal on 70 minutes when after good work from McDonnell and Barry McGinn they created for McNamee to tap in and make it 5-1.

With 15 minutes remaining Annagh hit six when Bane produced a fine individual effort to chalk up his hat-trick.

With only minutes left Keady nearly claimed a second but McNamee’s effort cannoned back off the post with Cusack in the Annagh goals stranded.

This was to prove to be the final action of the match and it finished Annagh 6 v Keady Celtic 1.

In the second game of the day Hanover started at a quicker pace with their more seasoned players dominating the game.

The Loughgall defence were feeling the pressure and within 20 minutes their two central defenders Calvert and Telford received a yellow card each for persistent deliberate fouls.

On 14 minutes Hanover’s Jeffrey Crowe headed just over the bar from close range whilst Loughgall’s Nesbitt low shot was well saved by the ‘keeper.

Loughgall started to impose themselves on the game with Nesbitt causing difficulties up front coming close with several efforts.

Both teams were now evenly matched but with half time approaching Hanover took the lead on 43 minutes through Simon Gibson who stroked the ball home after it initially being blocked by the Loughgall defence.

Loughgall levelled the score within two minutes of the restart when Nesbitt’s low angled shot flew into the opposite corner.

Loughgall were starting to grow in confidence and were bringing the game to Hanover, Nesbitt again coming close on several occasions.

Hanover, although dangerous on the breakaway were well marshalled by the youthful but confident Loughgall back four.

Loughgall’s fitness was beginning to show and was well deserved when their substitute Fergus Curran stroked the ball into the net on 80 minutes following good work by Jackson Nesbitt down the right flank.

Loughgall secured their victory when man of the match Nesbitt scored his second on 85 minutes when after an incisive move he stroked the ball passed the advancing Hanover keeper.

Loughgall now play Tandragee Rovers in the first of the quarter finals next Saturday (July 22) at 3pm.