Annagh set up meeting with Tandragee in Armstrong Cup semi-final 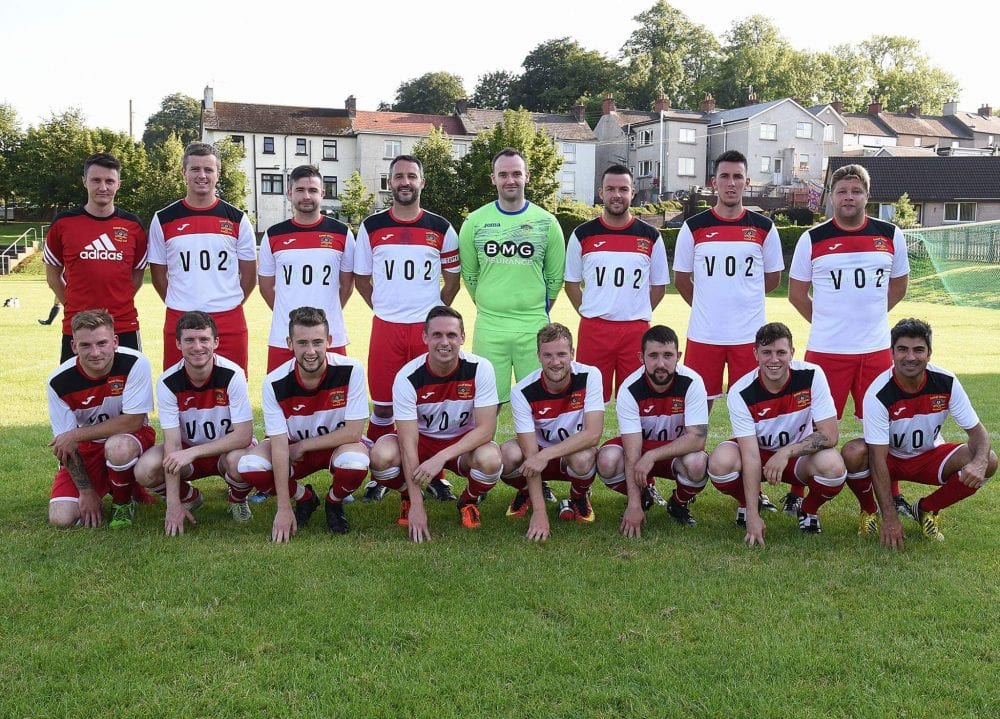 Annagh strolled into the semi-final of the Armstrong Cup with a well-deserved victory over Tullyvallen Rangers.

Annagh had the best of the early chances when on nine minutes Jamie Stothers crossed from the right
hand side but Rian Devlin, sliding in at the back post, couldn’t quite reach the ball.

Six minutes later Devlin hit a half volley from 20 yards that just cleared the bar.

Stothers broke the deadlock, putting Annagh ahead in the 17th minute, when he received the ball out on the left hand side and cleverly turned past a defender before coolly slotting the ball past the advancing ‘keeper and into the right hand corner of the net.

Tullyvallen had their first real chance on 22 minutes when Kyle Morton ran through and brought a good save from the Annagh keeper.

Annagh was having the best of the play at this stage but were caught in possession in midfield by Morton who played a nice pass in behind the Annagh defence for Simon Knight to run onto and place the ball beyond the reach of the keeper into the right hand corner of the net to level the score.

Tullyvallen had a good chance to take the lead just before half-time when Morton hit a free-kick from 20 yards through the wall but the Annagh keeper was well placed to save.

The second half had barely started when a goal bound header by Stothers struck Tullyvallen’s Jason Henry on the ar; the referee had no option but to award the penalty. Henry was cautioned for his protest.

Annagh’s Mark Cowan struck the penalty straight at the keeper who stood tall to make the save.

The goal of the game came in the 57th minute when Annagh’s Connor Keegan picked the ball up on the left hand side and curled a superb shot into the top right hand corner of the net from 20 yards.

Tullyvallen pushed for an equaliser and in the 63rd minute Whyte ran clear of the Annagh defence but sliced his shot wide of the right post.

Following a long throw in from Annagh, down the right hand side Jake Richardson scored from a narrow angle on 68 minutes.

Tullyvallen made a couple of substitutions to try to change the game but to no avail.

On 84 minutes Tullyvallens Whyte hit a scorching drive that went over the bar and a couple of minutes later Henry also looped his header over the bar after a good cross from the right.

It was too little too late and Annagh ran out worthy winners and they will now meet Tandragee Rovers in semi final on Thursday night (July 27) at 7pm.