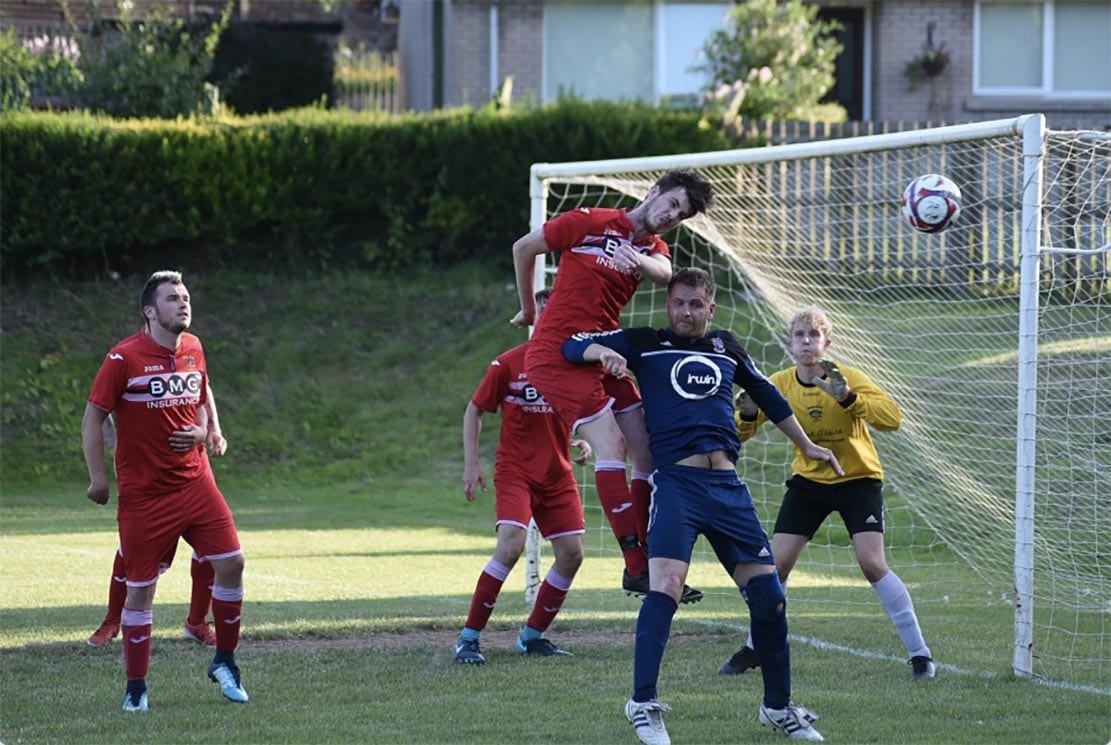 Annagh Strollers booked their place in the semi-final of the Armstrong Cup after a closely contested quarter final against Tullyvallen Rangers at Mill Field on Thursday night.

Tullyvallen had the best of the early exchanges and Rivaldo pulled off a couple of fine saves, one in particular on 15th minute when Nathan Dodds fired in a point blank header only to see the ‘keeper push his
effort onto the bar.

Few other clear cut chances were created by either team in a lacklustre first half. Half time 0-0

The second half started a bit brighter and in the 53rd minute a good cross from the left by Stollers’ Kyle Riddell was headed wide by Nathan Dodds.

Annagh took the lead in the 60th minute when Jake Keegan put John Wilson through on goal. He knocked the ball past the onrushing Colin Dodds who took him down inside the penalty box.

Adam Kidd stepped up and gave Dodds no chance with a well taken penalty to make it 1-0.

Annagh then stretched their lead in the 75th minute when John Wilson rose the highest to power a great header into the net from a corner taken by Kidd.

With about eight minutes remaining, Tullyvallen got a lifeline and after a goal mouth scramble David Simpson lobbed the ball over Rivaldo to make it 2-1.

Tullyvallen piled on the pressure in the last few minutes but Annagh strollers held on to book their place in the semi finals.