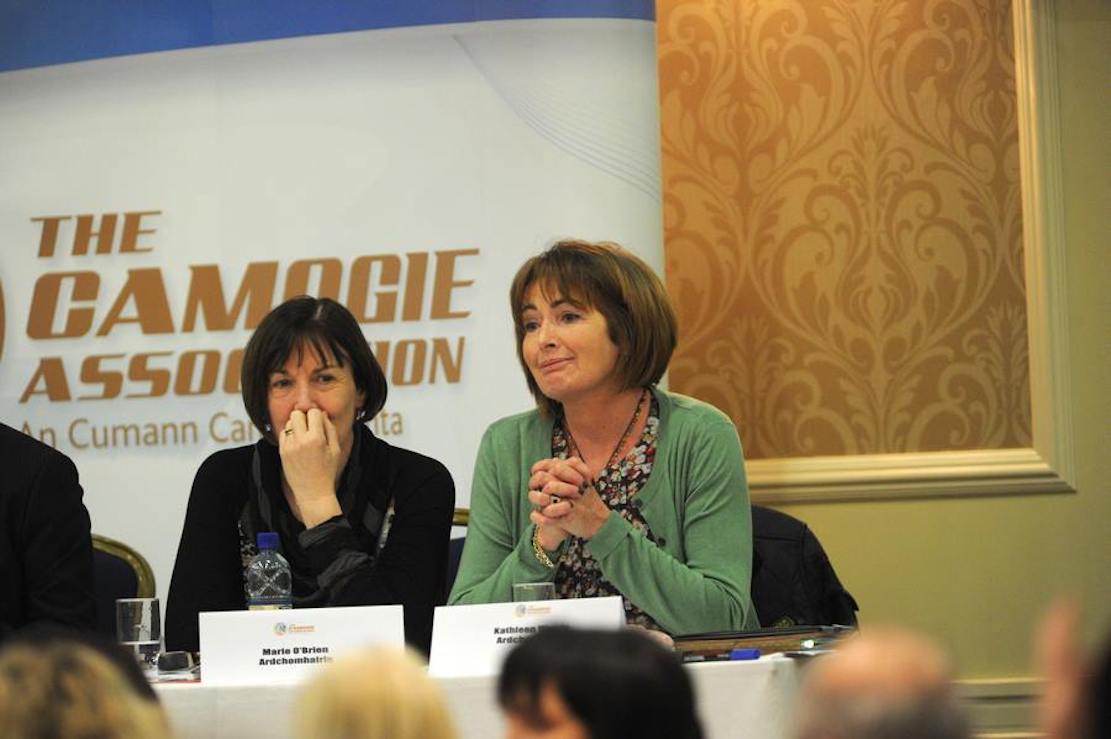 A Derrynoose woman will become the first Armagh-born president of the Camogie Association.

Kathleen Woods, a member of the St Mochua’s club, will be elected to the highest seat of the Association at their annual congress in Croke Park this weekend.

However, it won’t be an entirely unfamiliar role for the former Ulster Chairperson, having acted president-elect for the previous 12 months, following last year’s congress.

The retired school principal will oversee the Association for the next three years.

Kathleen, along with her four children, are a family steeped in sport, which is something she believes she will call upon over the next three years in the role.

“My family are very supportive,” she told the Irish News. “They all are, or have been, involved in sport and they understand how important it is in people’s lives and indeed to communities.

“Yes, it will mean time away from family but I think they are all proud of me and will weigh in when needed.

“It is great for Armagh camogie that I have become their first national president and it has been quite a while since there was an Ulster President. So, I have got lots of well wishes from around the province.”

“I know I am joining a list of ladies from Ulster who made a huge contribution to the development of camogie during the last century. But it has been too long a gap since the last Ulster President and I am hoping to hand over trophies on a regular basis to teams from the province.”