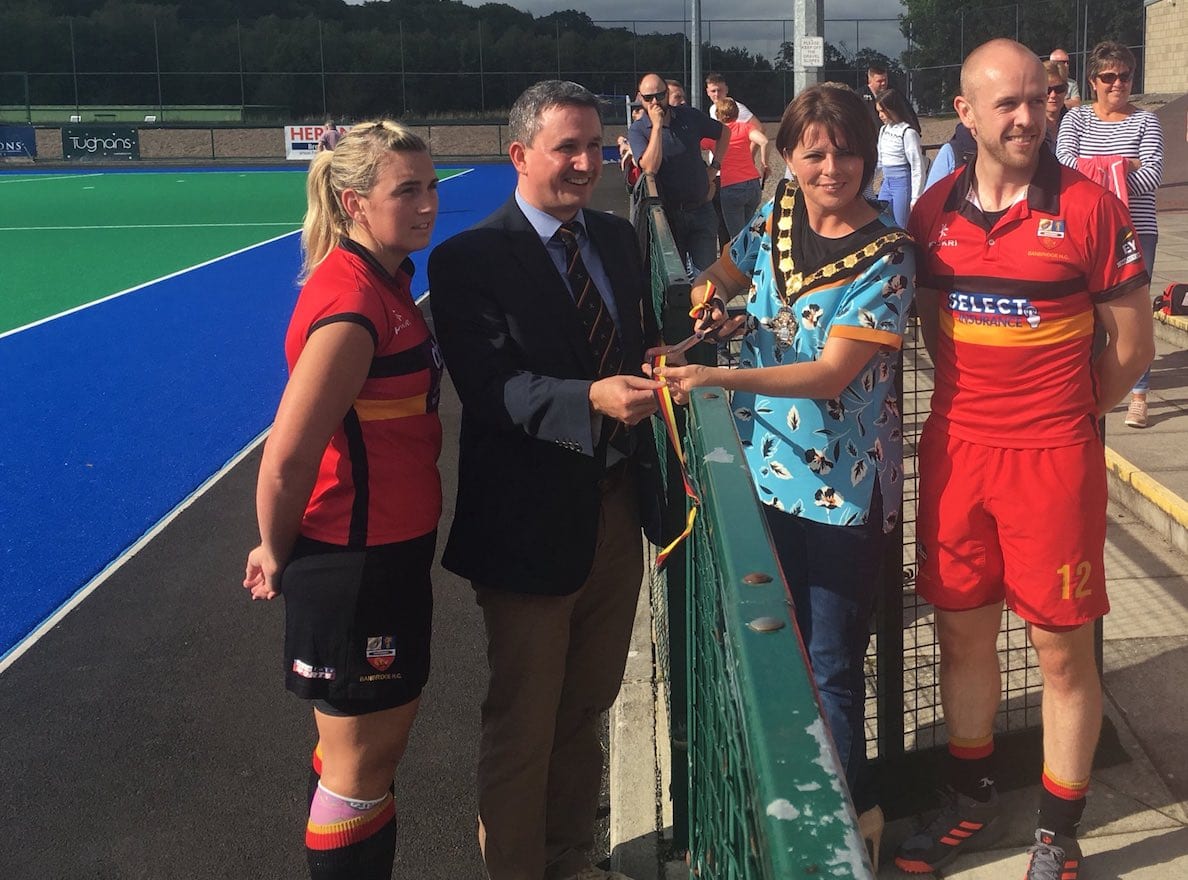 The Council’s Lord Mayor Julie Flaherty was on hand to officially open Banbridge Hockey Club’s new pitch over the weekend.

The new facility which was part financed by the Northern Ireland Assembly and ABC Council was to replace the old worn out surface, which had been in place for 11 years.

And the project was welcomed by DUP MLA Carla Lockhart.

This was one of the first projects undertaken by the Upper Bann MLA when she was elected to the Assembly in May 2016.

After hosting a meeting with the Hockey Club and the then Minister of Communities, Paul Givan, a grant was secured for around £100,000.

There was also a large amount of fundraising by the club and their supporters but the DUP member is delighted to see this project completed.

“I am delighted with the new pitch at the Hockey Club and that I and my DUP council colleagues, councillor McCrum and Greenfiled, were able to assist them to secure funding,” said Ms Lockhart.

“I want to thank my colleague Paul Givan also for his role and this and to congratulate all the staff, players and supporters of the Hockey Club who did their bit for fundraising. This would not have happened without this collaborative effort.”

She added: “It’s areas like this that suffer when we don’t have a locally elected Assembly. There are so many projects and schemes which I would love to bring to a local minister from all across Upper Bann.

“I hope that there is a resolution to this in the near future so we can get on with creating great facilities to support our sports and athletic clubs across the constituency.”

The new pitch has been officially opened! A fantastic day on and off the pitch. Thanks so much to everyone who helped organise, helped on the day, took part in the matches and came down to support. ????