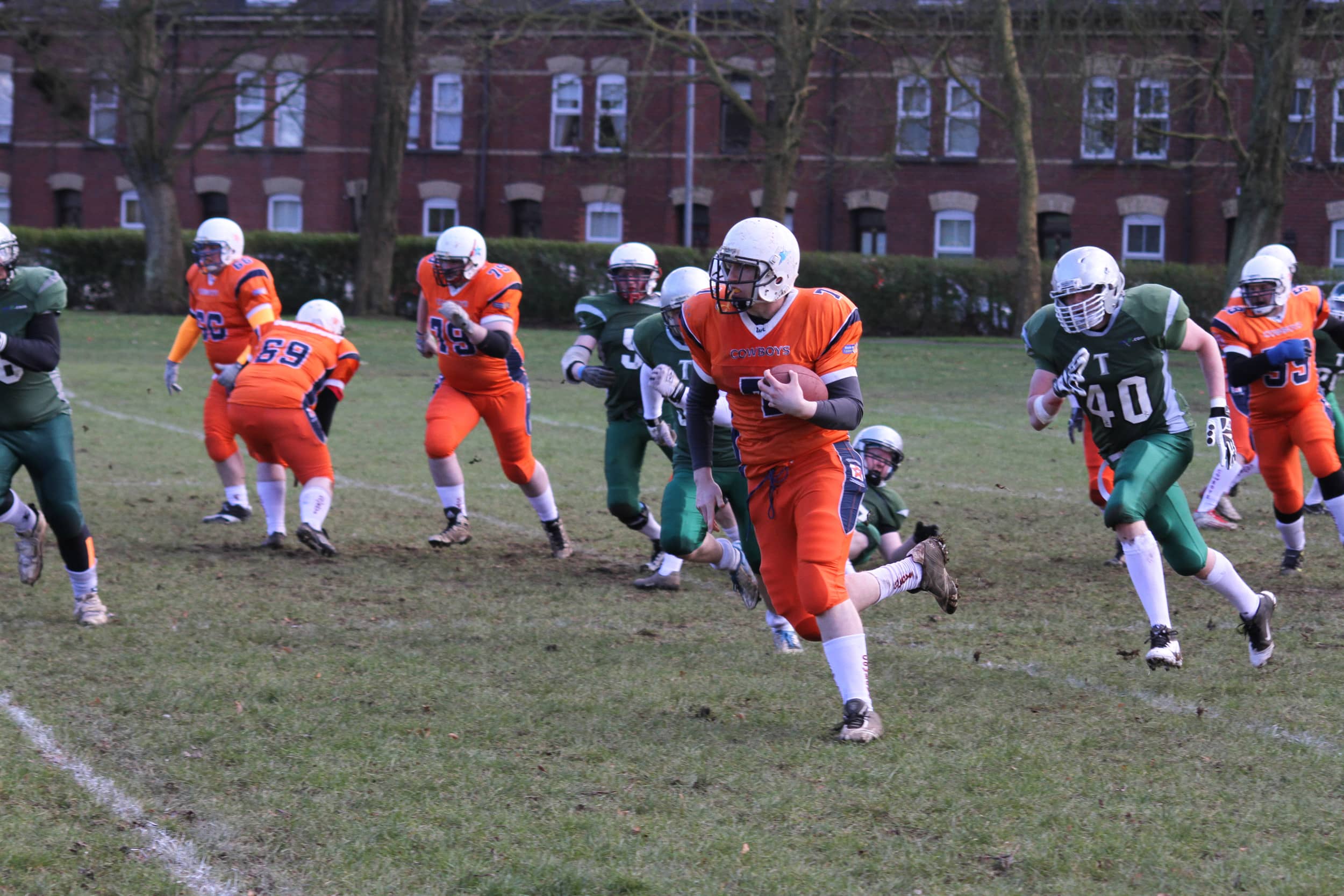 The Craigavon Cowboys kicked off their 2014 Irish American Football League season with a 28-0 home defeat at Chambers Park, Portadown to the Belfast Trojans.

While the men in orange will be disappointed there were plenty of positives to take from the encounter.

The Cowboys kicked off to the defending Shamrock Bowl champion Trojans and they quickly showed why they have been unbeaten since 2011 with a long touchdown run and the two-point conversion to take an 8-0 lead.

The two defences ruled the roost for the rest of the first half with both offences being shut-out, key tackles from Peter Loughran and an interception from Tom Neal keeping the Trojans at bay.

The men from Belfast did manage to add two special teams scores in the first half taking two punt returns to the end zone, adding one two point conversion to make the half-time score 22-0.

The second half saw improvement from the Cowboys across the board, with the offence kicking into gear and moving down the field behind the strong running of Mark Hill and John Murray.

The Cowboys looked set to score but a combination of strong Trojan defence and a few mistakes from the home-side kept them out of the end zone. The Craigavon defence continued their strong first-half effort, being unfortunate to concede a passing touchdown in the dying seconds to leave the score 28-0.

Though the Cowboys will be disappointed with the result the score-line and performance reflects an improvement on last season, the future seems bright for the men in orange. The Cowboys next fixture is April 13th at home to Trinity College Dublin at Chambers Park, Portadown with a 2 o’clock kick-off.